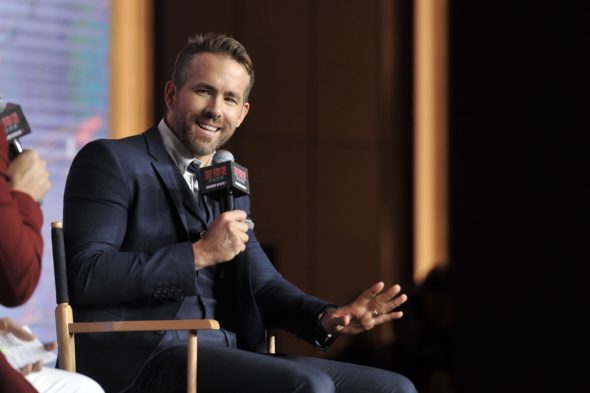 ABC has ordered Don’t, a new comedic game show, from Banijay Studios North America and actor Ryan Reynolds, who serves as an executive producer. The Don’t series will follow families of four as they try to win a big cash prize by completing five physical and mental challenges.

ABC announced today that the network has picked up “Don’t,” a new original game show created by Banijay Studios North America. This comedic physical game follows one family of four who must work together throughout five mental and physical challenges with only one rule: Don’t. For example, “Don’t Slip,” “Don’t Forget,” “Don’t Laugh,” “Don’t Say It,” “Don’t Scream” and a slew of “Don’t” challenges you didn’t even know existed.

In each episode, one family will have a set amount of time to succeed in each hilarious task and win a cash prize. When they fail a challenge, they don’t earn money and one of them will be eliminated from the game. Family members can be eliminated until only one remains. The last standing relative must complete the rest of the challenges on their own to win money for the family. At the end of the final “Don’t” challenge, the money they have been able to earn, if any, is theirs to keep.

Ryan Reynolds commented, “All my life, the word ‘don’t’ has tortured me. From ‘don’t curse’ to ‘don’t play ball in the house’ to ‘don’t eat the crab salad you left in the sun for three days.’ I cannot wait for my personal trauma to become the next great ABC family show.”

“Who better than Ryan Reynolds to bring us the next big tent, family-friendly competition show?,” said Karey Burke, president, ABC Entertainment. “When he and Banijay Studios came to us with this hilarious and wildly original idea, we were all in.”

David Goldberg, president and CEO, Banijay Studios North America, and executive producer of “Don’t” remarks, “‘Don’t’ is based upon the simple premise that there are countless things that our brain advises us to do. In ‘Don’t,’ contestants are challenged to resist what their brain is urging them to do. One thing is for sure, my brain never said ‘don’t’ to Ryan Reynolds, one of the most talented and popular stars on the planet. This wildly entertaining and unpredictable show has so much potential, and I’m pleased to be making it for ABC, who has been such a great partner over the years.”

Ryan Reynolds is the star and producer of the billion-dollar hit “Deadpool” (FOX) franchise. He recently wrapped shooting on Michael Bay’s “6 Underground” (Netflix) and will soon be heard as the voice of Detective Pikachu in Legendary/Warner Bros “Pokémon: Detective Pikachu.” He is currently working on a slate of films as a producer through his company, Maximum Effort.

About ABC Entertainment
ABC Entertainment airs compelling programming across all day parts, including the new dramas “A Million Little Things” and “The Rookie,” starring Nathan Fillion; and new comedies “The Conners,” “The Kids Are Alright” and “Single Parents.” The ABC Television Network is also home to the groundbreaking dramas “The Good Doctor,” “How to Get Away with Murder” and “Grey’s Anatomy”; the Emmy(R) Award-winning “Modern Family” and trailblazing comedy favorites “black-ish,” “American Housewife,” “Fresh Off the Boat,” “The Goldbergs,” “Speechless” and “Splitting Up Together”; hit game shows “The $100,000 Pyramid,” “Celebrity Family Feud,” “Match Game” and “To Tell the Truth”; star-making sensation “American Idol”; reality phenomenon “Shark Tank,” iconic “The Bachelor” franchise, long-running hits “Dancing with the Stars” and “America’s Funniest Home Videos”; “General Hospital,” which has aired for over 50 years on the network; and late-night talk show “Jimmy Kimmel Live!” The network also boasts some of television’s most prestigious awards shows, including “The Oscars(R),” “The CMA Awards” and “The American Music Awards.”

What do you think? Do you like the sound of the Don’t TV show? Do you plan to watch this ABC series?

I love the show! Plus Ryan Reynolds always comments about the contestants. Every Thursday I look forward to fun and answering the game questions.

Yes. I would love my family to be contestants. Where do we go on line to apply ?

Not if you cancel general hospital your you’re checking with the wrong demographics on the daytime shows bubba. It’s not stay-at-home moms , it’s retirees the fastest-growing demographics in the United States.