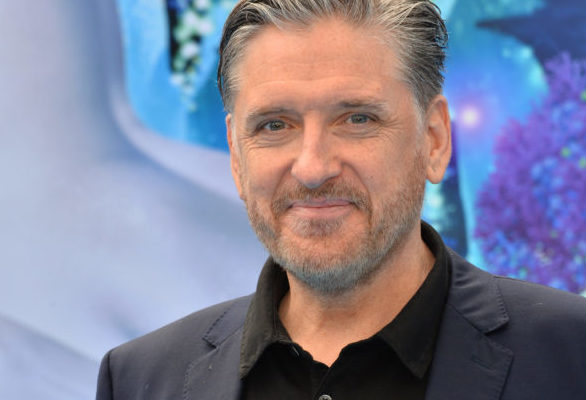 The Hustler is coming to ABC. Craig Ferguson serves as host in this new game show. This series has a mysterious twist, as one of the contestants already knows everything in advance, but they keep that fact a secret from the other contestants.

ABC revealed more about this new game show series in a press release. Check that out below.

“ABC announced today the network has picked up the mind-bending, new game show series, The Hustler. Hosted by Emmy® Award-winning game show host, actor, writer, comedian and ABC alum Craig Ferguson, “The Hustler” breaks the game show mold by featuring one player who secretly already knows the answers. Don’t be fooled. Just because they have a leg up doesn’t mean they’ll be taking home the prize. “The Hustler” is set to begin production later this fall, with an airdate to be announced at a later date.

“It’s rare and exciting to have a mystery-based game show that employs viewers and contestants to tap into their sleuth skills,” said Rob Mills, senior vice president, Alternative Series, Specials and Late Night, ABC Entertainment. “This fun, new format is the perfect addition to our dynamic game show lineup, and Craig’s unmatched wit and humor make him the ideal host. We couldn’t be more excited to welcome him back to ABC.”

“Studio Lambert and format creator Richard Bacon are incredibly excited to partner with ABC on The Hustler, said Studio Lambert CEO Stephen Lambert. “With Craig in the driver’s seat, the comedic beats of this game are very much to the fore. We think ABC viewers will laugh a lot but also be shocked and surprised by the twists of this game, which invites contestants and viewers to play detective, solving a whodunit or, in this case, a whoisit.”

A premiere date has not been announced for the series, but game shows seem to be a staple of ABC’s summer programming.

What do you think? Do you like the sound of this new show? Will you watch The Hustler when it premieres?

I like the show a lot, partly because I miss Craig a whole lot. He’s great w/this format….I always watch it & am disappointed when there’s a substitute show. Bad Pavlovian conditioning, ABC! I feel sorry for the 2 guests the hustler votes off…not their fault…could they get a consolation prize? If you’re not familiar w/his late night show….you have no idea how loveable Craig is & how fortunate we are that he is an American.

My favorite game show! Bring it back, please!

We both really enjoy the host and will enjoy the series.

Not watch sounds stupid and juvenile.

It sounds like a fun concept and Craig Ferguson will be outstanding as the host.

Love that Craig Ferguson is finally gonna be back on my screen again. Plus this concept sounds fun.

I miss “The Mole” with Anderson Cooper.

That’s what I thought this show sounded like as well.