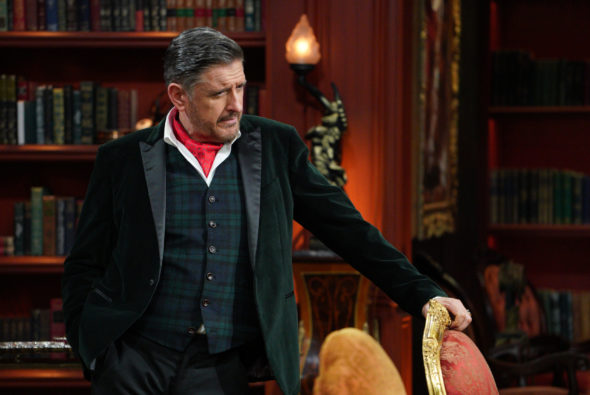 Could you beat the Hustler at his own game? Has The Hustler TV show been cancelled or renewed for a second season on ABC? The television vulture is watching all the latest cancellation and renewal news, so this page is the place to track the status of The Hustler, season two. Bookmark it, or subscribe for the latest updates. Remember, the television vulture is watching your shows. Are you?

The first season of The Hustler averaged a 0.52 rating in the 18-49 demographic and 2.89 million viewers. Find out how The Hustler stacks up against other ABC TV shows.

Will ABC cancel or renew The Hustler for season two? The show seems inexpensive to produce and can be made without an audience (a good thing in these times). I’m thinking that the network is likely to renew the series for a second season since they could put it back into production pretty easily (and maybe speed up the action a bit). I’ll update this page with breaking developments. Subscribe for free alerts on The Hustler cancellation or renewal news.

3/28/21 update: The Hustler has been renewed for a second season on ABC.

What do you think? Are you glad that The Hustler TV show has been renewed for a second season? How would you feel if ABC had cancelled this TV series, instead?

I love Craig and the Hustler..please renew this unique show with the hilarious and clever Mr Craig Ferguson

I love that show the hustler

Just caugbt it for the first time. Keep it!

Love this show! Where is it?

We love the Hustler. I hope it does not get cancelled.

Although the amount of $$$ per show, especially to split, is modest, Craig is the best. He makes it fun and ad libs beautifully. I love it.

Love The Hustler… miss when it isn’t on Thursday’s. Great family show as we love trying to guess who the hustler really is. It has brought our family together in a great way! Thank you

My family LOVED the Hustler!! Can’t wait for season 2

The Hustler was the best game show on TV. Very original and entertaining. Love Craig Ferguson. He is perfe thorough that show. Please bring it back!!

LOVE THIS SHOW! Craig Ferguson is so witty! This is the perfect show for him.