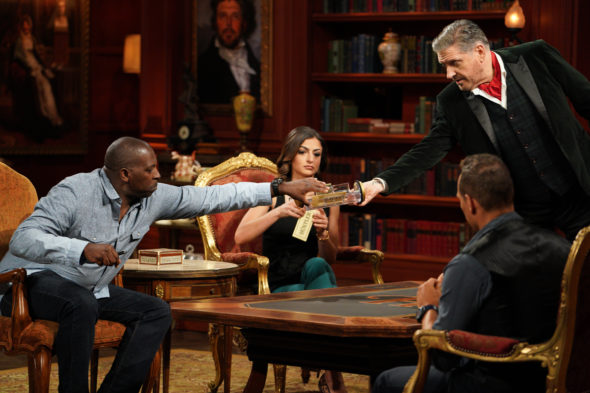 Craig Ferguson and his trivia competition will be back. ABC has quietly renewed The Hustler TV show for a second season and casting is currently underway.

A game show, The Hustler TV series is hosted by Ferguson and the show follows five contestants as they collaborate to correctly answer a series of 10 trivia questions that are worth $10,000 each. Their goal is to build the amount of money in a collective prize pot that grows with each correct answer. The catch is that one of the five contestants, aka the Hustler, already knows the correct answers because of their personal experiences or interests. Throughout each episode, two contestants are anonymously eliminated by the Hustler. The remaining three players must collectively decide which one of them is the secret Hustler. If they’re right, the two regular contestants split the prize pot that could be worth over $100,000. If the two are wrong, the Hustler takes home the full cash reward.

Airing on ABC on Thursday nights, the first season of The Hustler averaged a 0.52 rating in the 18-49 demographic and 2.89 million viewers. The eight episodes aired in January and  February of this year.

Casting on season two of The Hustler is currently underway and the casting notice confirmed the renewal. 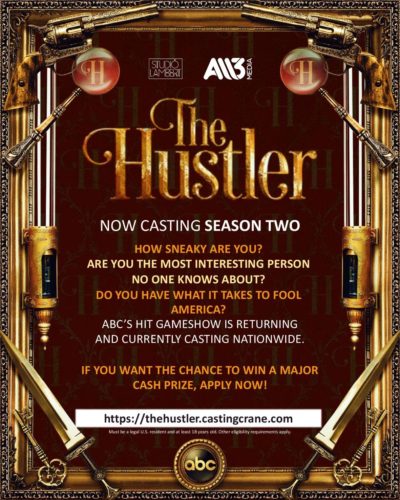 What do you think? Have you watched The Hustler TV show on ABC? Are you looking forward to seeing the second season?

When is the show coming back? It is both funny and entertaining.

I wld like to inform Hustler and Craig. He being a Scot. ( that the canister used to propel info thru a tube was invented by a Scotsman in 1937 and was in use in department stores in Paisley Scotland in 1940.

Love Craig! I would I’ve to be on the show

I really enjoy the Hustler along with my sister. I’m 66 and she’s 65. We both would like to see it renewed! Craig Ferguson is a perfect host.

I love “The Hustler” It keep me on my toes from start to finish! I also love the set.

I LOVE THIS SHOW….LOVE CRAIG…PLEASE RENEW NEXT SEASON
THIS IS MY FAVORITE SHOW! Keeps you guessing from start to finish!

Intriguing show. Keeps your attention from start to finish.

Love it! Definitely need to renew this show. Years ago if the show didn’t get the ratings they moved to another day or time slot. Not sure why the networks just cancel a show. They need to look at more than ratings. Day, time and season (summer in the midwest is a factor as many people are outdoors)……..definitely renew this show!

Awesome show completely different format I love it ,and Craig is perfect for the part , so glad it got renewed

Absolutely love this show! My son and I can’t wait each week to watch it and try and figure out which one is the Hustler. My 85 year old mother loves it as well, so it appeals to all ages. Please keep this show on the air. It is the one of best things on.

Loved The Hustler and so happy it will be back for a second season. Craig Ferguson is fabulous as the host

Yay! The Hustler has been renewed and Season 2 is underway!! Keep Craig Ferguson as the show host. He’s terrific!!

Love The Hustler with Craig Ferguson. So glad it’s coming back. It’s one of the more engaging game shows for arm-chair sleuths! He is hilarious!!

Can’t wait for the show to return. The whole family loves it

Love this program, have been reduced to watching re-runs of season #1 all over again. It’s my number one program of the week….SO WHERE THE HECK IS IT!!!??? Please bring it back on a regular basis, it’s one of a few programs my husband and I watch together….with popcorn!!!