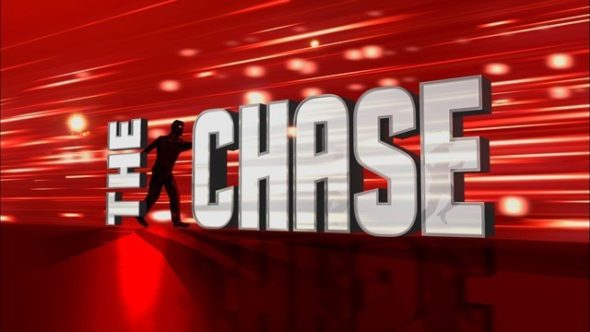 The Chase is coming back to American television screens, but this time, it will air on a major network. An incarnation of the UK game show aired on Game Show Network between 2013 and 2015. It was nominated for a Daytime Emmy Award in 2014.

Per Buzzer Blog, ABC is casting for the series and is reaching out to former contestants of Jeopardy! and Who Wants To Be a Millionaire? for the new version of The Chase. There doesn’t seem to be an open casting call at this time.

The game show comes from British television, and the following was revealed about its premise:

“Each episode sees a team of contestants bring back as much money as possible to the team’s prize fund…but only if they can outrun The Chaser. Anyone who is caught leaves the game with nothing. If the team can outrun The Chaser one final time in The Final Chase, the team evenly splits the potentially six figure bank.”

According to the site, ABC is hoping to air the game show in Fall 2020. The British counterpart has aired since 2009 and has been very successful.

What do you think? Will you watch this game once it arrives? Have you seen earlier versions of The Chase?

Loved the original version! Brooke and The Beast were the perfect duo! Loved the game concept! I will definitely watch the new version.

I will definitely watch the reboot of the chase

I loved the Chase reruns on GSN and I will definitely be watching it come back. Will The Beast be returning as the Chaser?

I don’t watch it now, so I really don’t care . Or , no I won’t watch another season.

Yes I would watch it. I love the reruns we have now on GSN

It is hugely popular in the UK and if the USA really want to get it right, invite Bradley Walsh to host it over there too. He has a style that Americans will soon become to love and a superb humour that can make anybody feel right at home. Some US viewers will already know of him from his stints on Law and Order UK and with the latest Doctor Who. He is a better host and comedian than an actor, so don;t hold it against him as his real persona is so sparkling and friendly. And DONT mess with… Read more »

I watch The Chase on GSN with the Beast, Brooke and him make the show. I will watch but it won’t be the same without them.

I still watch reruns of this show now. The Chaser was a phenomenal brain and of course Brooke Burns with the fast mouth.

The Chaser? You mean the Beast!

I enjoy this version also, but it was hard to keep up with its schedule. Never seemed to know whether it was coming back or not.