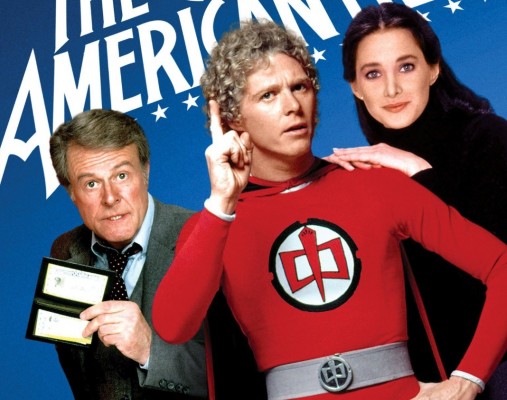 ABC has some great news. According to The Hollywood Reporter, the network has ordered a pilot for a female-led version of The Greatest American Hero.

From Fresh Off the Boat producers Rachna Fruchbom and  Nahnatchka Khan, ABC‘s Greatest American Hero reboot will center on “Meera, a 30-year-old Indian-American woman from Cleveland, whose talents include tequila drinking and karaoke and not much else. Then some aliens entrust her with a super suit to protect the planet, and the world has never been in more unreliable hands.”

What do you think? Do you remember the original Greatest American Hero series? Would you watch the reboot?

Pass. The original wasn’t that good. Remakes never live up to the original and I don’t expect any more from this one.

I loved the original (until he found the book). I hope it works. I would love to see it.

PC strikes again. I am surprised they are not making the lead a black lesbian in a wheelchair–then we could dot all the i’s.

as a physically disabled person myself, K, i resent your comment, as for if it’s a good idea to bring the show back, i would have to say no

Of course another hit at black people especially black women. Wasn’t even a black person casted, but you still pull us in. people like you make me sick I’m sick of TV anyway

The original series didn’t even run that long. They could have spent their time working on something original for non-white people so you can’t say anything, but even then you would still probably hate on it. I’m so fed up with the people in this stupid world. Be so glad when it’s over.