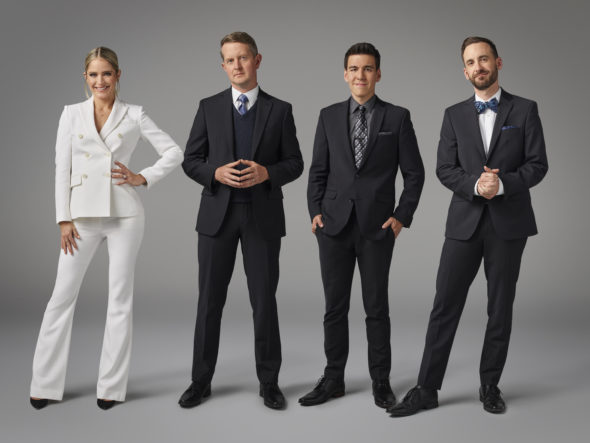 TV show description:
A quiz show, The Chase TV series was adapted from a British program of the same name that debuted in 2009. A version aired on GSN and ran four seasons, from 2013 until 2015.

The series is a fast-paced competition where three competitors must pit their wits and face off against the Chaser, a ruthless quiz genius who is determined to stop them from winning cash prizes. Each episode, contestants are challenged to think faster than they ever thought possible, to answer up to 166 questions across all topics.

Trivia masters James Holzhauer, Ken Jennings, and Brad Rutter — the trio of competitors from ABC’s Jeopardy! The Greatest of All Time tournament series — take turns serving as the Chaser.

What do you think? Do you like The Chase TV show? Do you think it should be cancelled or renewed for another season?

I love this show. Exciting to watch. Sara is a great host .It’s an original game show. Can’t wait for it to come back. I always look forward to it.