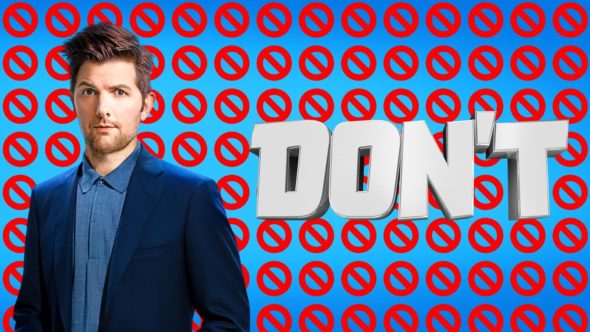 The series offers contestants the opportunity to team up with their family and friends for the chance to win a cash prize of up to $100,000. Together, they tackle crazy tasks, each with the simple rule: “DON’T.”

In each episode, members of a four-person team strive to accomplish various “Don’t” challenges — like “Don’t Blink,” “Don’t Look Back,” “Don’t Scream,” and “Don’t Play Ball in the House” — as they work together to build their bank. If they fail a challenge, the team doesn’t earn money and instead suffers ridiculous consequences.

What do you think? Do you like the Don’t TV show? Do you think it should have been cancelled or renewed for a second season?