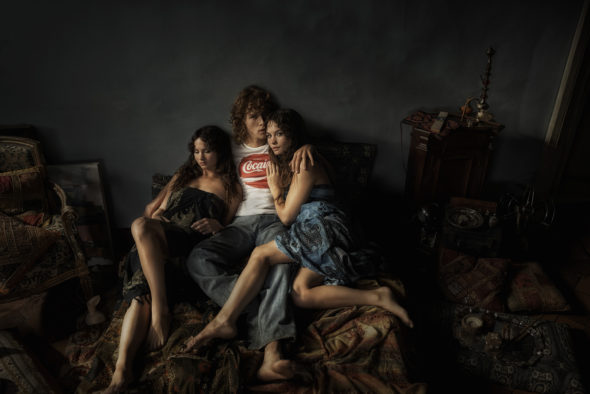 TV show description:
From creator Simon Beaufoy, the Trust TV show is a drama anthology series. Based on real-life events throughout the 20th Century, the series delves into the lives of the Getty family, one of the country’s wealthiest oil dynasties.

The first season of Trust kicks off in 1973, in Rome, when the Italian mafia kidnaps heir John Paul Getty III (Dickinson). Due to their hostage’s pedigree, the kidnappers are counting on reaping a handsome, multi-million dollar ransom, but there are issues with this troubled family — ones they never anticipated.

Although he is the richest man on earth, the mysterious Jean Paul Getty (Sutherland) is essentially holed up in an English countryside Tudor mansion. He spends his days with a virtual harem at his disposal, as well as a pet lion. His grandson’s fate hardly rates.

Meanwhile, J. Paul Getty, Jr. (Esper) is of no more help. Lost in a London fog of his own making, the young victim’s father does not even answer his telephone.

With no help from her son’s father or grandfather, it is left up to Gail Getty (Swank) to negotiate with the criminals who have abducted her son. While the kidnappers grow more anxious and ever more desperate, Gail doesn’t have two nickels to rub together.

In season one, Trust, delves into the young Getty’s ordeal, as he is stuck with captors who cannot conceive of the fact that this wealthy family is not exhausting every option to get back one of their own.

Series Finale:
Episode #10 — Consequences
The Gettys and the Italians deal with the repercussions of the kidnapping, and Chace embarks on a new journey.
First aired: May 27, 2018.

What do you think? Do you like the Trust TV series? Should this FX TV show have been renewed for a second season?

I was really getting into this show, it had everything I look for in my form of entertainment, bring it back please. I think this show had the possibilities of becoming a god father type of show if written towards that direction.

Not good at all

I enjoyed the series, but it could probably have been edited down to 5 or 6 hours easily. Though based on a true happening, the people in this show basically were all clowns. Stupid for so many supposedly well educated, and with money or possible money. Getty had all those millions, seemed bright but not bright enough to stop all off the goings on. He could have hired all kinds of Private Eyes, Soldiers of Fortune, whatever to have taken down the caper and the imbecile Italians behind it. Young Paul was as stupid as they come.

to much Italian. What’s the point?

I can not believe another TVMA rated show. Why do these networks think that once an adult, this is the way we want to watch entertainment? Don’t networks want a vast audience? I’m sick of the sexual abuse toward women, and everything being so graphic. Just wait until the copycat sickos start doing these things for real. I guess Donald needed a show, but unfortunately, he will not be on my device.

The show is excellent and if graphic trying to depict events similar to the way they occurred . To be unhappy with the adult material , watch what your kids watch, or turn it off. They threw in the PC “women good , men evil” by shoehorning in a horse faced Swank mommy having all the brains And
Decency (even though she had a teen son she allowed to run wild). TAKE A CHILL PILL, if An MA scene is inevitable, sit
Back and enjoy it