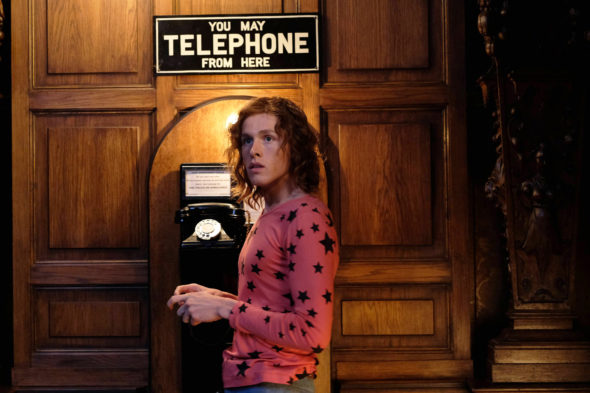 Are the follies of the Getty family fortune fodder for your TV viewing happiness, during the first season of the Trust TV show on FX? As we all know, the Nielsen ratings typically play a big role in determining whether a TV show like Trust is cancelled or renewed for season two. Unfortunately, most of us do not live in Nielsen households. Because many viewers feel frustration when their viewing habits and opinions aren’t considered, we’d like to offer you the chance to rate all of the Trust season one episodes here. *Status update below.

An FX anthology drama, Trust stars Donald Sutherland as J. Paul Getty Sr., Michale Esper as J. Paul Getty Jr., Harris Dickinson as John Paul Getty III, Hilary Swank as Gail Getty, and Brendan Fraser as James Fletcher Chace. The story kicks off in 1973, in Rome, when the Italian mafia kidnaps young heir John Paul Getty III. Due to their hostage’s pedigree, the kidnappers expect a handsome ransom, but they never anticipated how this family’s issues would complicate their plot. While grandfather J. Paul Getty is ensconced in the English countryside, and the boy’s father is lost in a London fog of his own making, John Paul III’s mother, Gail, is left to negotiate with her son’s abductors, and she’s flat broke.

What do you think? Which season one episodes of the Trust TV series do you rate as wonderful, terrible, or somewhere between? Should FX cancel or renew Trust for a second season? Don’t forget to vote, and share your thoughts, below.

Update: FX Has not renewed the Trust TV show for a second season.

Everything about this series is brilliant. Each episode is totally absorbing, beautifully shot and directed , and acting is uniformly excellent. Perfectly cast. It’s one of the most interesting and well done shows I have ever seen on TV. PLEASE let it continue!!

I agree 100% with Miranda’s positive review of Trust. It is perfect in every aspect. Please ensure there is a season 2!

Please bring Trust back! Thumbs up to FX for portraying true stories on the little screen for us to see. I hope these kind of stories will continue to be told.

Agreed please give us more seasons

Just finished binging it! Loved it. Will definitely recommend to friends and family. Would love to see another season!

GREAT SERIES ON SO MANY LEVELS! Please don’t cancel!

Looking forward to a second—possibly third season. It took me a minute for the series to grab me but once it did I couldn’t hardly wait until Sunday to see next episode!!