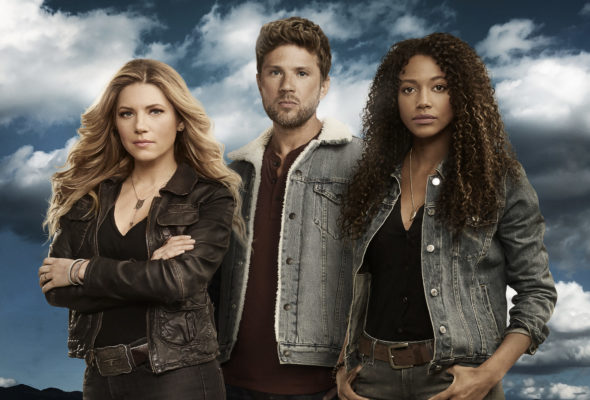 The story begins with Danielle Sullivan (Lind) and her sister Grace (Pettyjohn) on a road trip to visit Danielle’s boyfriend. The two are kidnapped by a truck driver on a remote part of a Montana highway.

This sets off a chain of events that leads private detectives Cody Hoyt (Phillippe) and Cassie Dewell (Bunbury) to join forces with Jenny Hoyt (Winnick), Cody’s estranged wife and an ex-cop, to search for the sisters.

When the trio of investigators discover that these are not the only girls who have disappeared in the area, it becomes clear that they’ve stumbled onto something that’s much bigger than they could have imagined. They must race against the clock to prevent another woman from being taken.

What do you think? Do you like the Big Sky TV show? Do you think it should be cancelled or renewed for another season?

I just found Big Sky because of an ad showing Reba McIntire was going to be on the show this season. I am on episode 10 watching On Demand and dread reaching the end of season 3. I can’t find a way to watch the 1st 2 seasons for free. I really hope it will be renewed and we will have several more seasons!

YES PLEASE, I really love this show. A season four is a MUST! Also, Jensen Ackles needs to stay.

Love this show! It was an accidental find on Hulu. Please give me a season 4!

I love this show because it’s mysterious and exciting. It also features woman as main characters, as well as young people . This series has something for all age groups and should be continued. My husband and I stumbled upon it and binge watching through streaming on Hulu.

One of the best shows on n ABC. The leads do a great withe their characters and the writers do a great job with keeping the story interesting and exciting. Deserves to be renewed please.

Big Sky is MY FAVORITE show on the air! ABC, please don’t cancel this show!!! The writing and suspense are amazing!

I absolutely love this show . When is it going to be on TV ((ABC) again?