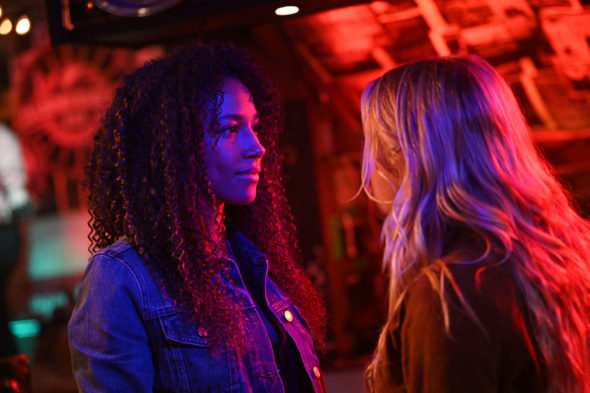 Can this trio prevent others from being hurt in the first season of the Big Sky TV show on ABC? As we all know, the Nielsen ratings typically play a big role in determining whether a TV show like Big Sky is cancelled or renewed for season two. Unfortunately, most of us do not live in Nielsen households. Because many viewers feel frustrated when their viewing habits and opinions aren’t considered, we invite you to rate all of the first season episodes of Big Sky here.  *Status Update Below.

An ABC thriller drama that’s based on a series of books by C.J. Box, the Big Sky TV series stars Katheryn Winnick, Kylie Bunbury, Brian Geraghty, Dedee Pfeiffer, Natalie Alyn Lind, Jade Pettyjohn, Jesse James Keitel, Valerie Mahaffey, John Carroll Lynch, and Ryan Phillippe. The story begins with Danielle Sullivan (Lind) and her sister Grace (Pettyjohn) on a road trip to visit Danielle’s boyfriend. The two are kidnapped by a truck driver on a remote part of a Montana highway. This sets off a chain of events that leads private detectives Cody Hoyt (Phillippe) and Cassie Dewell (Bunbury) to join forces with Jenny Hoyt (Winnick), Cody’s estranged wife and an ex-cop, to search for the sisters. When the trio discovers that these are not the only girls who have disappeared in the area, it becomes clear that they’ve stumbled onto something that’s much bigger than they could have imagined.

What do you think? Which season one episodes of the Big Sky TV series do you rate as wonderful, terrible, or somewhere between? Do you think that Big Sky should be cancelled or renewed for a second season on ABC? Don’t forget to vote, and share your thoughts, below.

Last episode left me hanging. While I can understand the reason for no run until Feb 22, I just hope I can remember what the last episode was about. 2 months is too long to eagerly await. Still, it is a great show.

This is an awesome show and so glad ABC has renewed this show for another season. You have something good so don’t cancel this show. Ronald is definitely the STAR of this show. Sooo creepy. Now I want to go and eat my bowl of cereal in peace. ( If you watched this show you will understand)