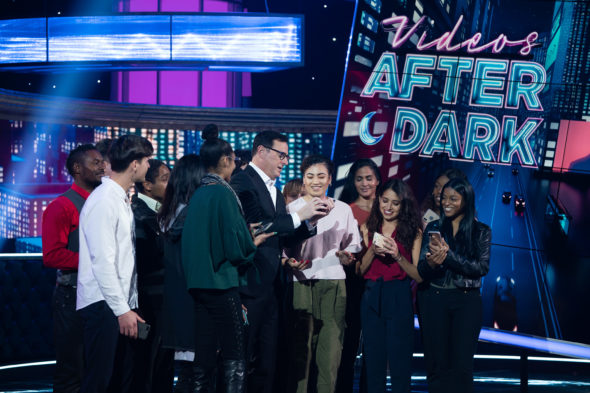 Does the first season of the Videos After Dark TV show on ABC light up your nights? As we all know, the Nielsen ratings typically play a big role in determining whether a TV show like Videos After Dark is cancelled or renewed for season two. Unfortunately, most of us do not live in Nielsen households. Because many viewers feel frustration when their viewing habits and opinions aren’t considered, we’d like to offer you the chance to rate all of the Videos After Dark season one episodes here. *Status update below.

An ABC comedy reality series from creator Vin Di Bona, Videos After Dark is spin-off of America’s Funniest Home Videos. Like the original, this program relies on viewer-supplied home videos of real mishaps, blunders, and bad decisions, but on the new series, they’re a bit more on the “edgy” side. Bob Saget has returned to the franchise to host the program and executive produces with Di Bona and Michele Nasraway.

What do you think? Which season one episodes of the Videos After Dark TV series do you rate as wonderful, terrible, or somewhere between? Should ABC cancel or renew Videos After Dark for a second season? Don’t forget to vote, and share your thoughts, below.

Hilarious!!! My husband and I streamed the first episode with friends – can’t wait for the next episode!

ABC must be really desperate to air this junk. Bob Saget went from being corny to absolutely stupid!

Terrible show. Not funny, except the one when the girl decked her boyfriend instead of the target. Cancel now!!!

SBob Saget is even more obnoxious than he was on AFV. Videos After Dark is a disgusting show … adolescent humor (or attempts at humor) with Saget’s lewd comments. Show should be cancelled. Shame on ABC for broadcasting this trainwreck.

i started to watch it- gross

Horrible! The only time I laughed was during the montage of drunk people falling.