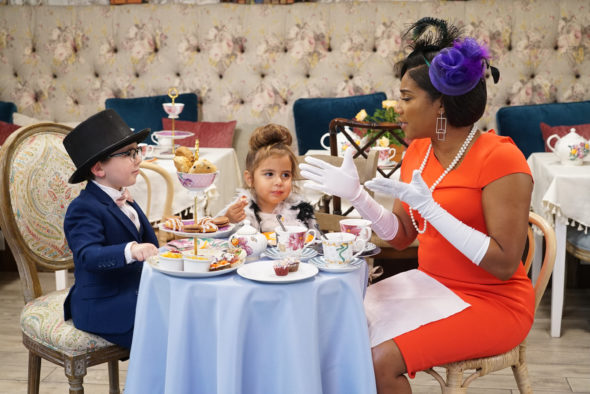 An ABC improv/sketch comedy series, Kids Say the Darndest Things is based on the CBS program that was hosted by comic Bill Cosby (1998-2000). That series was based on a feature of Art Linkletter’s House Party radio show (1945-67) and the television program that followed, Art Linkletter’s House Party (1952-69). In the reimagined format, in-studio segments and taped pieces from across the country are played out in front of a live studio audience. Host Tiffany Haddish interacts with real kids who often have their own innocently entertaining points of view. Each episode includes several different segments with children with diverse backgrounds and unique perspectives.

*12/18/20 update: Kids Say the Darndest Things was cancelled by ABC but was later revived by CBS.

The kids are funny with this. Young lady

This is a wonderful show for the entire family. Tiffany was perfect ! We need this show back , NOW!