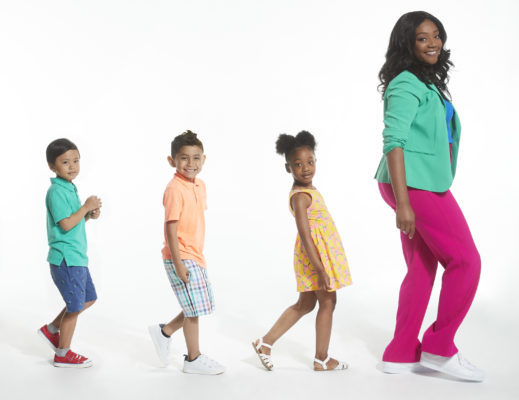 TV show description:
An improv/sketch comedy series, Kids Say the Darndest Things is based on the CBS program that was hosted by comic Bill Cosby (1998-2000). That series was based on a feature of Art Linkletter’s House Party radio show (1945-67) and the television program that followed, Art Linkletter’s House Party (1952-69). In this latest version, comedian Tiffany Haddish hosts and executive produces the series.

In the reimagined format, in-studio segments and taped pieces from across the country are played out in front of a live studio audience. Haddish interacts with real kids who often have their own innocently entertaining points of view.

Each episode includes several different segments with children with diverse backgrounds and unique perspectives. In the “Kids Rule” segments, children explain the rules for everything from sportsmanship to dating to Tiffany. In “Love Talk”, Tiffany seeks their advice on her love life. “I’ll Be Right Back” features a hidden-camera segment with Tiffany asking the children to cover her desk while she’s out of the office and things go haywire. In the “Granny Tiff” segments, Tiffany is disguised as an older woman and she asks kids for help with technology.

Series Finale:
Episode TBD
The episode has not aired yet.
First aired: TBD.

What do you think? Do you like the Kids Say the Darndest Things TV show? Do you think it should be cancelled or renewed for another season?

It was a joy to watch. Why was it cancelled? Please renew the show

My grandson loves the show. Please bring the show back.

Loved the children and Tiffany. Please it back.

I loved the show abd Tiffany’s interaction with the children. I looked forward to Sunday evening to watch first America’s Funniest Videos followed by Kids say the darnest things. I have been disappointed to see it has not been on with no explanation. Please bring it back.

Loved the show with Tiffany who brought great talents with the kids. Show should be renewed

Renew it. The show is awesome!!!

I do hope the show kids say the darndest things will be renewed. There are so few enjoyable programs on tv any more. Kids say it the way it is no rehearsing no faking so clean talk so innocent. It was quite refreshing. Please renew.