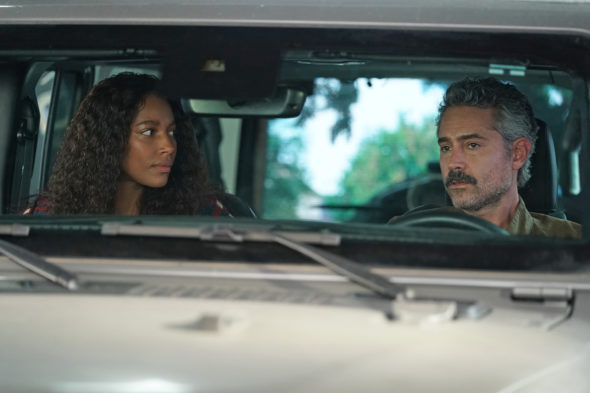 Cassie and Jenny will be back on the case during the 2022-23 television season. Big Sky has been renewed for a third season on ABC. The second year’s finale airs next Thursday, May 19th.

Airing on Thursday nights, the second season of Big Sky averages a 0.30 rating in the 18-49 demographic and 2.60 million viewers in the live+same day ratings. Compared to season one, that’s down by 45% in the demo and down by 26% in viewership in the live+same day ratings (including DVR playback through 3:00 AM). It’s a middle-of-the-road performer when compared to ABC’s other scripted shows. In the live+7 day ratings (which includes delayed viewing), the series averages a 0.70 demo and 5.79 million viewers.

We're staying under the #BigSky so stay tuned for Season 3 when we return to ABC! ⛰ pic.twitter.com/qs7ZuYXC54

What do you think? Have you been keeping up with the Big Sky TV show on ABC? Are you glad to hear that the series has been renewed for season three?

Big Sky is one of the Best.

Glad that season 3 of Big Sky is going to happen. One of the few shows that has a decent story line and great acting.

Good news. Season 1 was much better though.

Most unholy news! Best new show on ABC in well over a decade. Good to see it’s still going!