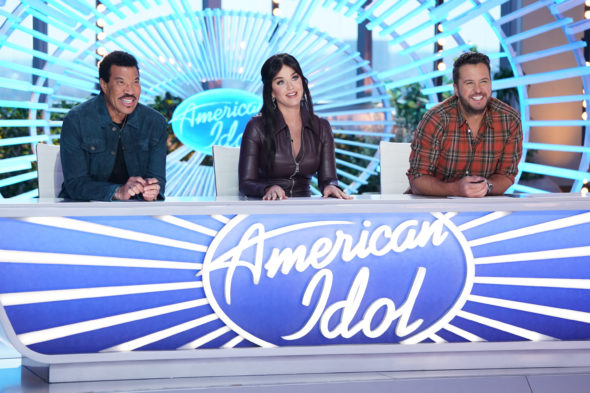 Start warming up for the 2022-23 season. ABC has renewed American Idol for a 21st year. The current 20th season will finish airing on Sunday, May 22nd.

A singing competition series, the American Idol TV show features judges Lionel Richie, Katy Perry, and Luke Bryan in season 20 (the fifth season on ABC). Ryan Seacrest returns as host. After making it through the nationwide audition process, the contestant pool is narrowed through a series of elimination rounds. Once the contest reaches the semi-finals, although the judges offer their criticism, the decision to keep or cut a performer is up to the viewing audience. For a specified window of time, fans may vote for their favorites, via phone calls, text messages, and online. The winner claims the “American Idol” title and a recording contract.

Sing along with us 🎶 #AmericanIdol is returning for another season‼️ pic.twitter.com/rJzWCzl0nl

What do you think? Have you kept up with the American Idol TV series on ABC? Are you glad to hear that this show has been renewed for a 21st season?