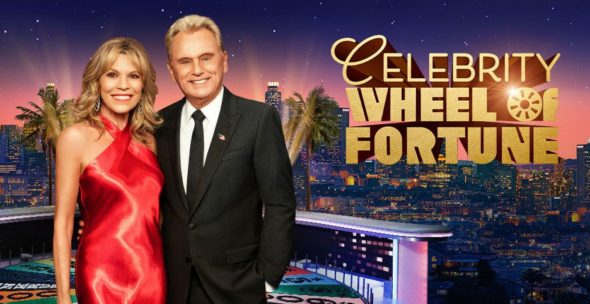 The regular version of Wheel of Fortune has been around since 1975 and continues to be a mainstay in syndication. The first season of Celebrity Wheel of Fortune performed well for ABC last season but, will the ratings hold up this time around? Will it be cancelled or renewed for season three? Stay tuned. *Status Update Below.

For comparisons: Season one of Celebrity Wheel of Fortune on ABC averaged a 0.91 rating in the 18-49 demographic and 6.52 million viewers in the live+same day ratings.

What do you think? Do you like the Celebrity Wheel of Fortune TV series on ABC? Should it be cancelled or renewed for a third season?

*5/13/22 update: Celebrity Wheel of Fortune has been renewed for a third season on ABC.

My wife & I love the new Celebrity version. Though some of the guests seem to try a bit too hard to be funny.

We love Wheel of Fortune… and love the one with the celebrities (even though we have no idea who some of them are.) However, the guy named Jeff from the Goldbergs was without a doubt the WORST LOUD MOUTH EVER! He wasted so much time jabber jawing that it was annoying just to watch the show. Hopefully no one ever invites him to be a guest ever again. And I sure hope anyone who does know him will tell him how he embarrassed himself. Please give kudos to Pat and the other two celebrities who had to politely put up… Read more »