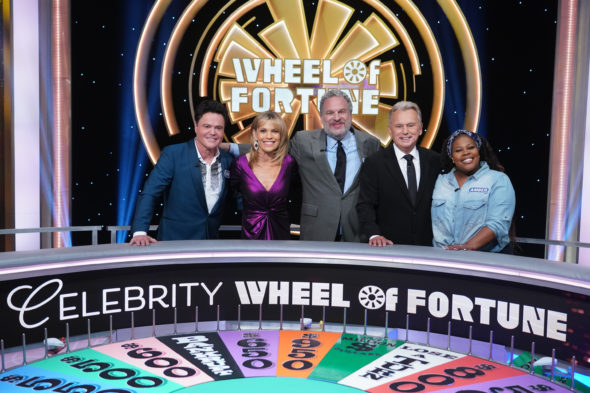 ABC wants to keep that wheel spinning in primetime for the 2022-23 season. Celebrity Wheel of Fortune has been renewed for a third season on the alphabet network. The second year’s episodes finished airing in January.

Airing on Sunday nights, the second season of Celebrity Wheel of Fortune averaged a 0.47 rating in the 18-49 demographic and 3.87 million viewers in the live+same day ratings. Compared to season one, that’s down by 49% in the demo and down by 41% in viewership in the live+same day ratings (including DVR playback through 3:00 AM). It’s a middle-of-the-road performer when compared to ABC’s other unscripted shows. In the live+7 day ratings (which includes delayed viewing), the series averaged a 0.50 demo and 4.24 million viewers.

The wheel just landed on a new season of #CelebrityWheelOfFortune! pic.twitter.com/xYtZByrxck

What do you think? Have you watched the Celebrity Wheel of Fortune TV series on ABC? Are you happy to hear that it’s been renewed for a third season? Do you watch the regular syndicated version?

At least the “ABC” channel is doing things right! CBS is known to cancel popular shows.