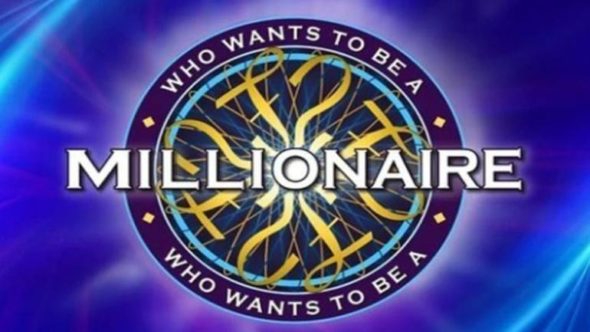 Who Wants to Be a Millionaire arrived on the small screen twenty years ago, and the series is making a come back! ABC is bringing the popular game show series back in 2020 with a new host. Jimmy Kimmel has been named host of the revival of the series. Regis Philbin was the host of the original series. The series will return with its new host in April.

ABC revealed more about the return of the game show series in a press release. Check that out below.

In celebration of the 20 th anniversary of Who Wants To Be A Millionaire, which debuted in the U.S. as a prime-time series in January 2000, ABC’s celebrated late-night staple and Emmy ® Award-winning producer Jimmy Kimmel will be stepping into prime time as host of a special run of episodes featuring celebrity contestants playing for charity. In addition, a new interactive game will allow viewers to play along from home. Millionaire is set to premiere on WEDNESDAY, APRIL 8.

For the first time in the history of the U.S. franchise, celebrities playing on Millionaire can invite a guest in the hot seat to help them answer questions. It could be a relative, a beloved teacher or a famed trivia expert – anyone they want – to help them win as much money as they can for the charity of their choice. Additionally, this special run of shows will be introducing a revolutionary, live, play-along app which will allow America to compete to win the same amount of money that celebrities are playing for on the show. Celebrities confirmed to appear will be announced at a later date.

“Regis came to me in a dream, asked me to do this and promised my own line of neckties if I did.  I had little choice but to say yes,” said Jimmy Kimmel.

The original executive producer of Millionaire, multiple Emmy Award winner Michael Davies, returns to run the series. “My professional career has been inextricably linked with Jimmy’s since the days of Win Ben Stein’s Money, and he was one of the first-ever celebrity contestants on Millionaire in its original run. I can’t wait to work with him on this dynamic new version of the show that changed my life and the fortunes of so many who benefitted from and simply loved the game.”

Who Wants To Be A Millionaire will be executive produced by Michael Davies, Jimmy Kimmel and Mike Richards, the three-time Emmy Award-winning former executive producer of “The Price Is Right,” who is set to take over the helm of Jeopardy! and Wheel of Fortune later this year. The series is produced by Sony Pictures Television’s Embassy Row, Kimmelot and Valleycrest Productions Ltd.

What do you think? Are you a fan of Who Wants to Be a Millionaire? Will you watch the return of this game show on ABC?

My client who is 95 years old loves this show & is very upset that it was canceled. We would like to know when and what channel we can get it on? She does not have cable or internet capability! Please let us know and we appreciate your response!

A great show that I will never watch as long as jimmy kimmel hosts.calvin

I missed the millionaire show,, so glad it is coming Back..,,,!

Hurrah! Has been our favorite show. Soooo glad to get it back. Thank you all!

My 97 year old Mom and I really enjoyed this show and were very disappointed when it was cancelled! Happy it is coming back!❤️

They have cancelled this show.

The syndicated version in daytime, yes. ABC is bringing it back to primetime for 8 shows, 1 a week for 8 weeks.

I loved the old version, but I don’t think they should have changed it. Bring it back, every day, the way it was.

Please give this show a rest already! Replacing host every couple of years does nothing.

This is the Primeime show, not syndicated.

This is the first time the primetime show has ever had a different host other than Regis. Regis hosted the original run, as well as the Super Millionaire comeback in 2004, and the 10th anniversary comeback in 2009. The daytime show has cycled through Meredith Viera, Cedric the Entertainer, Terry Crews and Chris Harrison.

I meant to say, Yes! I’m glad it’s coming back.

Yes! I was hoping it would one day come back.