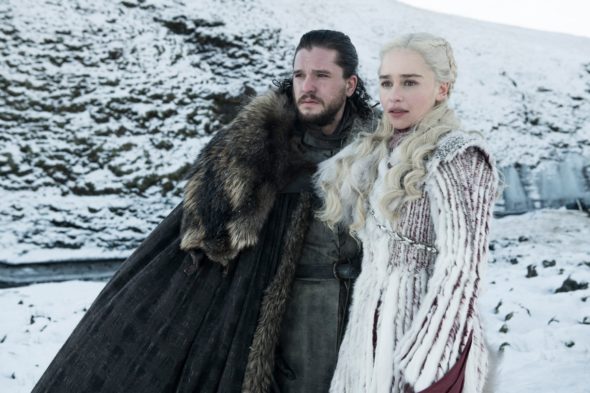 Is the eighth and final season of the Game of Thrones TV show on HBO a suitable sendoff for the epic saga? As we know, the Nielsen ratings would typically play a big role in determining whether a TV show like Game of Thrones is cancelled or renewed for season nine, yet most of viewers do not live in Nielsen households. In this case, even viewership was not a factor, because HBO didn’t choose to end Game of Thrones after season eight. It was a creative decision — praised by some fans and cursed by others. We care what you think, so we invite you to rate all of the Game of Thrones season eight episodes for us here.

The drama is billed as an epic story of treachery and nobility in a savage world — a place where summers and winters can last for years and the lust for power is eternal. As the final installment, season eight is shrouded in secrecy. Because Martin has not yet finished writing the books — The Winds of Winter and A Dream of Spring — the six-episode eighth season is largely made up of original content, but creators and executive producers David Benioff and D. B. Weiss have consulted with him on the ending.

What do you think? Which season eight episodes of the Game of Thrones TV series do you rate as wonderful, terrible, or somewhere between? Had it been your choice, would HBO have cancelled or renewed Game of Thrones for a ninth season? Don’t forget to vote, and share your thoughts, below.