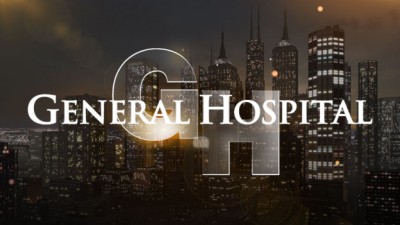 Cancel GH that’s crazy you already took all my soaps off channel 6 whats the issue if that’s the case I will never watch ABC again I have been a loyal fan for 52 years since the day I was born. I think ABC is selfish and only thinks of reality sometimes we need to take a step back from reality Good BYE ABC

Are you serious,,Cacell GH,,and put on an other ridiculous senceless reality show,,I have been a loyal fan of GH for 36 years,I love this show,and the characters,,Like someone said GH fans are a Force to be reckoned with,were loyal,and we will fight for GH,

The only reason I have tv on at this time is because of soaps.. all my children gone along with one life to live.. god dam … all your freakin cooking and dum ass talk shows suck…oh like I freakin care what Megan kelly has to say any more than Meredith or Katie.. you people our dum asses and owned by who owes who stop destroying our daytime …you people suck … listen

I will never watch a single show on ABC if they cancel GH. Hell no!!

If they cancel GH I will never watch ABC again.

As soon as general hospital and the bold and the beautiful get cancelled next year, I will be one happy camper.

The world of Soaps died years ago even before any of the soaps where cancelled!

I hate reality shows, tried to watch a few of them. They were HORRIBLE! I wouldn’t watch anything in place of GH. Just not the same
. I ‘m having trouble adjusting to the new LuLu. Berman was soo cute and bubbly! This new girl is pretty,but not a good match.

How dumb is that? It’s just like when All My Children & One Life to Live were replaced
with a DUMB cooking show! Like we need another ‘talk’ show & now you want to replace
my GH with a dumb game show? What bozo thinks that’s what it’s L-O-N-G time views want? They AREN’T even listening to us! There are enough other junk shows on TV. What do you want to do, drive everyone away? Reality shows, game shows, Duck men, baby boo-boos, etc. all trash.

I think GH should remain on the air; but they need to show more of the long time regulars on the show instead of having the people on the show who came from canceled soap operas. Plus taking some of the characters off and bringing them back on so soon as other people/roles….I don’t care for. I hate to see GH go off though. Just please keep the story line more with the regular GH characters and quit taking Luke to all the foreign countries with people that we are not familiar with (from previous GH days).

What can we do to keep General Hospital on the air. I have never watched a reality show
nor will I start. Please don’t take it off. John McB is wonerful we love him.
Carol

I can’t stand reality shows and will never watch anything in the place of GH. What is ABC doing. We lose Optah, AMC and OLTL. ABC in the afternoon is a wrap for me. I will not watch.