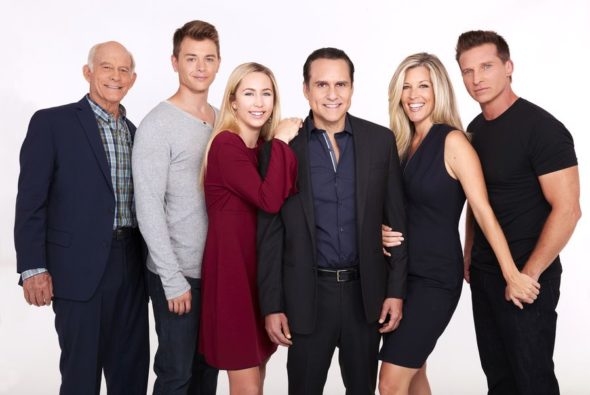 As has become the norm, ABC didn’t announce if General Hospital had been renewed for another year but the show wasn’t cancelled either. They just kept it on the air. Will General Hospital survive to see a 58th season for the 2020-21 broadcast season? How will it do in the ratings? Stay tuned.

Note: The ratings for the week of January 27th aren’t included because there were major preemptions due to the impeachment trial.

Note: ABC ran out of original episodes with week 35 due to the COVID-19 production shutdown. New episodes resumed with week 46.

I have been watching General Hospital for a long time …..I am 69 years old, I’m watching it right now! Please don’t cancel this wonderful Soap !!!! I love the characters….Luke & Laura were the best, Dr, Hardy & Nurse Jessie were great……..Paulette

Been watching since day one 1963. Watch It every night before retiring. GH has to stay on TV

General Hospital needs to stay!
I am 67 now but I have been watching it since I was in my teens. It’s my favorite get away. One of the great things they do is bring up real life issues too.
I really miss “All my Children” and “One life to live”!
Let it stay put!

I hope General Hospital will remain on the air because the characters have become a part of many peoples lives. GH fans usually have watched for 30+ years and are very attached to the characters and feel their joy…and their pain. Such as today when Sam told Jason he had to leave for the safety of their kids. I truly hope this is not another exit for Steve Burton because GH was not the same without him last time and would never be the same without him.

I love watching GH for years.

I just wondering why this show is still on the writer sucks and so does the producer they don’t care about there fans feeling at all and it’s sad. I use to love this show but now I hate it they keep getting rid of good actors and actress that work there butt off it’s just wrong I’m done with show I rather watch the back in the days when it was good.

I have watched General Hospital since the beginning. I watched with my mom when I got home from school and would love to see the show continue.

I absolutely love GH ❤️❤️❤️ Everyday I look forward to watching it on Hulu wonderful escape from reality. My whole family watches it to my mom, my sister, brother in law, aunts, even my nephew lol. Great storylines, amazing acting, from laughing to tears I just love it. I can’t get enough!!! Never ever cancel this show

I used to love this show until it became the Carly show. There is no longer any balance. We should have a focus on so many characters and instead it is constantly a show about one family, and one particular woman taking up screen time. I hope GH fixes their issues because so many fans are not her for the Carson hour.