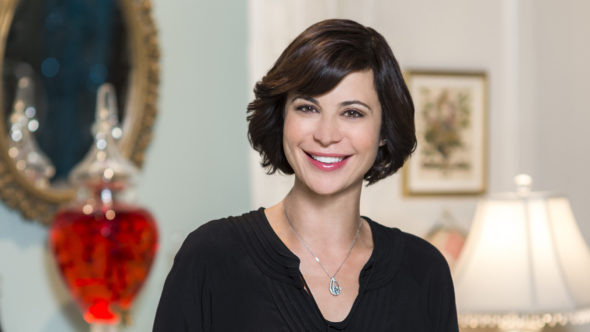 This is one of the best. So refreshing to watch a series with no violence or bad language and good story line.

Yes I would watch this series, it is one of my favorites, hope it is on for a long time.

I absolutely love this show and eagerly await the next week’s episode. I hope it runs for many more seasons.

I absolutely LOVE the Good Witch! My husband loves it too and we can’t wait for the next season. It has just the right amount of “magic.”

I very much enjoy the show. It is the magic, the possibilities and the characters. Their connections and interactions with each other. Have enjoyed the show and was happy to see it come from the movies, please keep it going

I am a huge fan of Catherine Bell and The Good Witch movies and TV series!
Please keep the show! What if ??? Do you believe???

I love the Good Witch. Keep show coming. Thanks

She should continue a soothing story to watch with some great interest in the community in which she lives!!

Love Good Witch and pretty much all of Hallmark’s Mysteries.

Can’t wait for the next season love Good Witch

I look forward when the good witch returns. It is a great show. I love both Hallmark channels because they have clean family shows like The Good Witch. Thank you. The

This is my favorite show. Can’t wait for the October special and the new season.

I enjoy watching that show very much !! I love the entire cast!! Please keep the season’s coming.