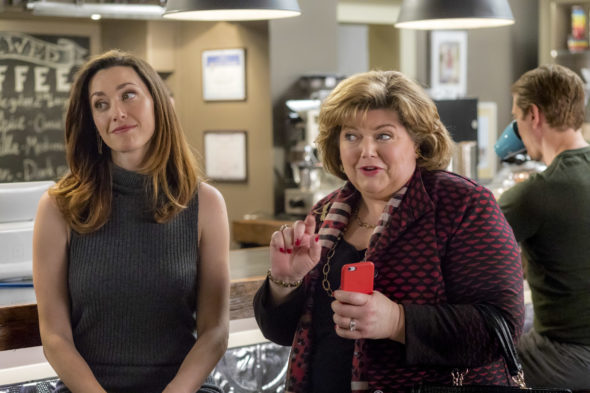 Has the spell been broken? Is the Good Witch TV show cancelled or renewed for a fifth season on Hallmark Channel? The television vulture is watching all the latest cancellation and renewal news, so this page is the place to track the status of Good Witch, season five. Bookmark it, or subscribe for the latest updates. Remember, the television vulture is watching your shows. Are you?

The fourth season of Good Witch averaged a 0.23 rating in the 18-49 demographic with 2.14 million viewers. Compared to season three, that’s down by 4% in the demo and even in viewers. Learn how Good Witch stacks up against other Hallmark Channel TV shows.

Will Hallmark cancel or renew Good Witch for season five? The ratings are very good so I suspect that a fifth season renewal is in this show’s future. I’ll update this page with breaking developments. Subscribe for free alerts on Good Witch cancellation or renewal news.

What do you think? Are you glad that the Good Witch TV show has been renewed for a fifth season? How would you feel if Hallmark Channel had cancelled this TV series, instead?

All of the characters are interesting. Especially love the mayor. She is so funny.

I love this show. I make sure to watch it everyday.

Absolutely love Good Witch as does the rest of my family. We live in Ireland and watch it on Netflix. Please, please keep making more series.

I love this show and so pleased it’s coming back for season 5. I watch the first 4 season over and over when I need something to take the stress out of life.
Thank you

I am very happy that this show has been renewed for a 5th
Season. It is my favorite show on TV currently.

I thoroughly enjoyed the movie and the first four seasons of The Good Witch. It is a wholesome captivating show, with very winsome characters. I can’t wait for season five to yir.

I love to watch season 5 on Netflix I want to see what Happen to Sam and Cassie wedding. Also see how good bond between Grace and Nick. Hope Stephanie stay together to Liam. And also hope Noah coming and start again with Grace

I enjoyed watching each season of The Good Witch. I didn’t think I would like it but it was very good. Waiting for season 5. If this helps, I am 64….

I love this programme I watch it with my daughter it’s awesome. I like that it can relate to some teenagers and Shows a positive way to deal with situations while adding some magic to it. Its modern but still holds some traditional old fashion values. It’s a fantastic series please don’t cancel this if nsic can go on for 11 seasons so can this.