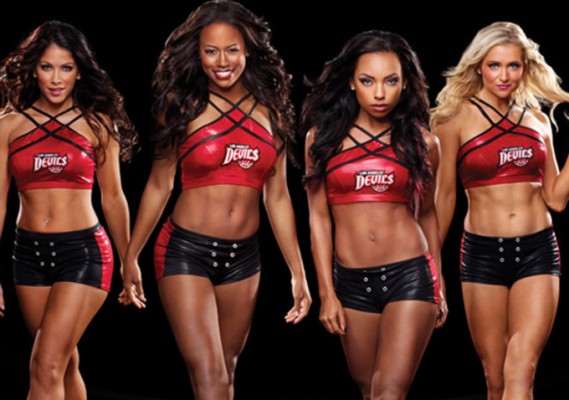 VH1 is getting its groove back on. Recently, the network announced they will premiere a Hit the Floor special this summer. Season three just finished airing in March.

The one-hour special will center around the wedding of Derek Roman (McKinley Freema) and Ahsha Hayes (Paige). A premiere date has yet to be announced.

Santa Monica, CA (April 1, 2016) – Fans won’t have to wait long for the payoff to “Hit The Floor’s” jaw-dropping season three finale, VH1 announced today a special one hour episode premiering this Summer. The special will deliver all the excitement, drama and passion that Ahsha & Derek are beloved for and will also explore the huge finale cliffhanger: Who shot Jelena?

The season three finale surprised fans in classic “Hit The Floor” fashion with a touching, center-court proposal from Derek Roman to Ahsha Hayes in the middle of a Devil Girl’s dance routine in Devils Arena. She said YES! Now it’s time for the planning to begin. Viewers will see the preparation, challenges and, of course, dancing that only a “Hit The Floor” wedding could deliver.

Just when we thought love reigned on “Hit The Floor,” Jelena pulled the ‘dance floor’ from under us and got control of the Los Angeles Devils. That didn’t go over well with everyone in the arena. In the concluding, heart-pounding moments of the finale, Jelena was shot – and there is no shortage of suspects.

Zero and Jude are also left with a life-changing decision that will alter their relationship forever. Viewers will see it all play out in this sizzling Summer special.

“Hit The Floor” averaged 1.3 million total viewers Live+SD for season three premiere episodes. On average, “Hit the Floor” ranked as the #2 non-sports cable program in the 10PM time period with W18-34 and W18-49.

“Hit The Floor” was a social media hit all season, trending as the #1 topic on Twitter during its season finale airing. Over 63k Fans watched on Facebook Live as the cast reacted to seeing the shocking finale for the first time.”

I hope it renew I love it, watching Derek

Very popular show why would it not be renewed for another season?? Everyone wants to see Derek and Asha’s wedding.

I am a faithful viewer of the show. Looking forward to the summer special and season 4!

Is there going to be a season 4? Or just that one episode during the summer

love this show hope their is season 4.

love this show hope their is season 4

Love, love this show, I really hope it does continue

Hit the floor is coming back with a season 4 ,but this summer their a specail which will show derek and asha wedding ,so we don’t have to wait long for the new season which it won’t take a year like the last one did