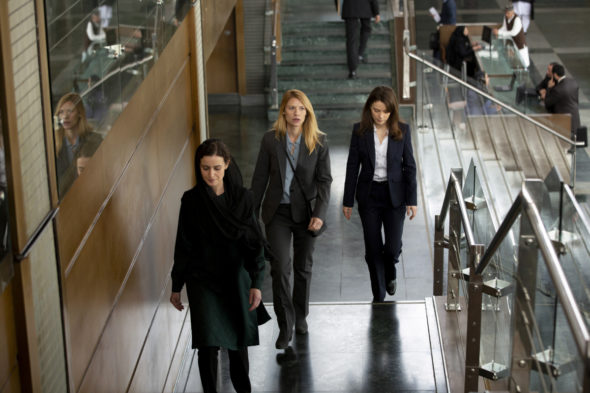 Homeland is getting ready to head off into the sunset with this eighth season, and the people behind the series are revealing why the series is coming to an end now. There could be more story to tell, and the series is still highly popular with viewers.

But, the show is also very costly. That is one of the reasons why the Showtime series is ending now. The cost per episode is through the roof!

Bert Salk, president of FOX 21 Television Studios, said the following in an interview with The Hollywood Reporter:

“The show demanded money based on how big of a production it became. [In its final season, Homeland’s budget swelled to more than double the first season’s $3 million per-episode price tag. Danes alone was making north of $500,000 an episode.] When Alex and Howard want to shoot the final season in the Middle East, you’re not doing it in Barstow. You’re going to Morocco.”

Homeland was renewed for three seasons in 2016, including season eight, and that is where everyone decided it should end. The network wanted more in 2016, and they had more. The series did meet some delays due to Claire Danes pregnancy, but the show is now returning.

As for a spinoff, that is not likely to happen. But “never say never.” Alex Gansa, the showrunner of the series, said the following about the possibility:

“Every time Howard brings up doing more, I want to punch him.”

Homeland will premiere its final season on Showtime on February 9.

What do you think? Are you sad to see this series end? Did you want the series to continue?

i am absolutely heart sick that there is not going to be a sequel of homeland! please rethink your decision about ending this story and pay claire danes whatever she asks for to be carrie matheson forever!

Would love a spin-off but if not I am satisfied with the ending.

The last scene from the series finale screams spinoff. One of my favorite shows ever. If there is no spinoff I will probably feel a bit cheated (selfishly), hahaha.

Need to do a spin off!! Keeping with current events.

Absolutely it should continue in some fashion. I thought the way they ended the series in the last episode I had the impression it could return as a spin-off. One of the best shows I’ve ever watched! With the way our world is there’s always more to tell. Acting incredible!

The final episode left you wanting to know and see more. Certainly, the last scene leaves the viewer with the possibility.

I think this show ended with a continued audience. I want more

It saddens me to watch this series end. So much more left in the tank with this one. I Think the ending tells us all which direction this series should go in. To save costs they should keep it on the homeland for a few more seasons but great series and hope a spin-off is in the background.

Shows like this do not compare to the quality of story that Homeland routinely displays. The only other show that comes close was 24 . However completely different story both kept you highly engaged.
Sad it came to curtains