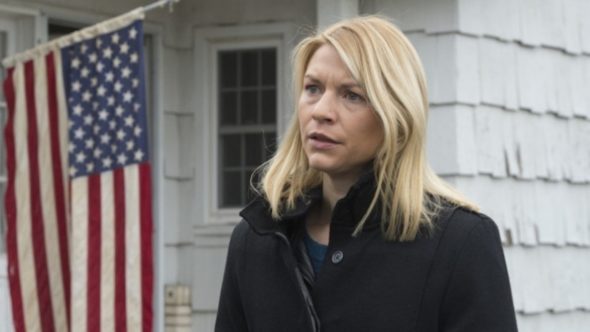 Homeland fans will have to wait just a little bit longer. TVLine reports the TV show’s eighth and final season will now premiere in fall instead of summer.

At this year’s winter TCA press conference, Showtime boss Gary Levine revealed Homeland‘s eighth season premiere has been delayed to this fall because of production demands. The final season is filming in Morocco.

What do you think? Do you watch Homeland? How do you want the series to end?

Great show!!!! Hope they figure a way to keep it going great cast/actors. Hope Showtime shows regular TV stations CBS,NBC,FOX,ABC etc that if you have a quality show don’t just end it !!!!!!!!!!!

“Homeland” is my favorite TV show. I’m glad there is a bi-polar character included in this script which shows some of the challenges of this illness. I sit on the edge of my seat to see how Carrie manages to survive and deals with each of the very challenging situations she faces. Sure, I enjoy watching her romantic entanglements. But, I also like to see her non-romantic interactions in working with men. Not every man should be depicted as a woman’s prince who will save the day. It is certainly beneficial and makes for a happier environment in the workplace… Read more »

Homeland could end before this next season and I would not miss it. It has become very predictable and Carrie cries way too much for the power that she has.

Great show! Hate to see it go but 1 more time will help with the disappointment

Love it wish it wouldn’t end

Homeland is a first class show. Do not want it to end PLEASE!