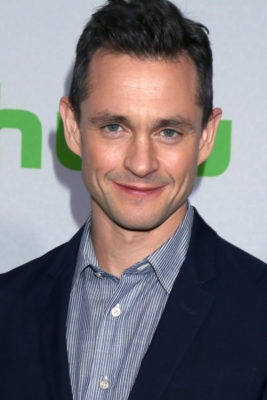 Hugh Dancy is returning to Showtime. The network just announced the Big C star has joined season eight of Homeland.

Dancy, who is star Claire Danes’ husband, will play “John Zabel, a savvy Washington consultant who joins the White House as a new foreign-policy advisor to the President and a formidable opponent to Saul Berenson (Patinkin).”

Showtime has not yet announced a premiere date for the eighth and final season of Homeland, but you can read more info below:

LOS ANGELES – March 26, 2019 – Emmy-nominated actor Hugh Dancy (Hannibal) will guest star in a multi-episode arc on the award-winning drama series HOMELAND, starring Emmy and Golden Globe winner Claire Danes and Emmy and Tony(R) winner Mandy Patinkin. Dancy will recur as John Zabel, a savvy Washington consultant who joins the White House as a new foreign-policy advisor to the President and a formidable opponent to Saul Berenson (Patinkin). The acclaimed series is currently in production on its eighth and final season and will premiere later this year.

The final season of HOMELAND finds Carrie Mathison (Danes) recovering from months of brutal confinement in a Russian gulag. Her body is healing, but her memory remains fractured – which is a problem for Saul, now National Security Advisor to the newly ascendant President Warner (Emmy and Golden Globe winner Beau Bridges). The top priority of Warner’s young administration is an end to the “forever war” in Afghanistan, and Saul has been dispatched to engage the Taliban in peace negotiations. But Kabul teems with warlords and mercenaries, zealots and spies – and Saul needs the relationships and expertise that only his protégé can provide. Against medical advice, Saul asks Carrie to walk with him into the lion’s den – one last time.

Dancy returns to SHOWTIME after recurring on THE BIG C. He received an Emmy nomination for Outstanding Supporting Actor in a Miniseries or a Movie for his role as Earl of Essex in Elizabeth I. He also recently starred in The Path and Hannibal, for which he received two Critics Choice Television Award nominations for Best Actor. Dancy’s other television credits include Daniel Deronda, David Copperfield and Madame Bovary. On the big screen, he will appear later this year in the film Late Night with Mindy Kaling and Emma Thompson. His past film credits including Hysteria, Martha Marcy May Marlene, Adam, Confessions of a Shopaholic, Our Idiot Brother, Evening, The Jane Austen Book Club, Beyond the Gates, King Arthur, Ella Enchanted, The Sleeping Dictionary, Black Hawk Down and Young Blades. Among his theater performances, Dancy starred on Broadway in the Tony nominated play Venus in Fur, for which he was nominated for a Drama Desk Award for Outstanding Actor.

The network’s No. 1 drama series, HOMELAND originally premiered in the fall of 2011 and quickly became one of the most acclaimed dramas on television, becoming a meditation on the human costs of the “war on terror.” Following its first season, HOMELAND was honored with six Emmy wins, including Outstanding Drama Series, Outstanding Writing for a Drama Series and Outstanding Lead Actress and Actor in a Drama Series. Additionally, the series has been awarded Golden Globe, Peabody, Television Critics Association, AFI and Critics’ Choice Awards.”

What do you think? Do you watch Homeland? Are you excited for the final season?

I am very excited to see this final season because the acting and writing for this show has been exceptional, but I will be very sorry to see it end.