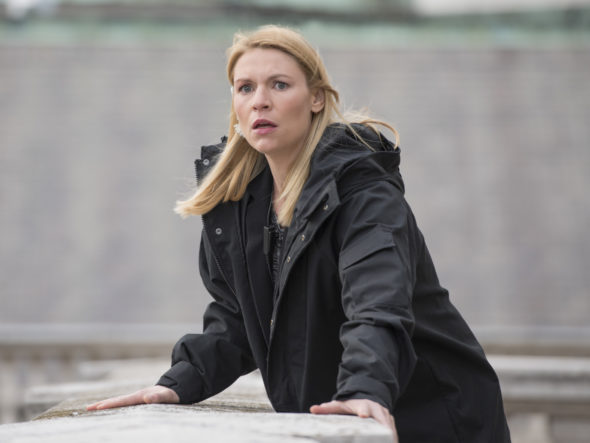 The final season of Homeland is coming soon! Showtime released the first trailer and a poster for season eight, which premieres in February. Fans have been waiting for this season since May 2018.

Claire Danes stars on the Showtime series, and she is featured on the new poster. Mandy Patinkin, Elizabeth Marvel, Linus Roache, Maury Sterling, and Jake Weber also appear on the drama. Showtime revealed recently that production on the 12 episode final season is currently in production.

As for last season’s ratings, Homeland brought in an average of 1.233 million viewers an episode. Will that many tune in for its final season?

Check out the new trailer and poster for season eight of Homeland below. The series returns on February 9.

What do you think? Are you excited for the return of Homeland? Will you watch season eight? 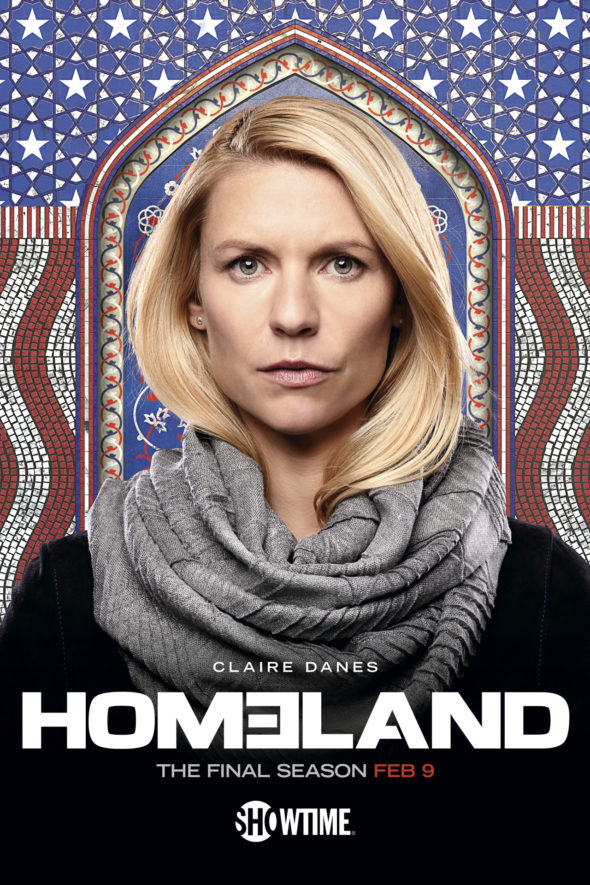 brilliant series i have watched every series twice ,no doubt will watch all again after series 8 …will be really sad when it is all finished xxxxxxxxxxxxxxx

Yes we’re excited about the next episodes! Were thrilled there’s 12 episodes instead of the new 9 or 10 that lots of shows have now! We’ve been fans since the first episode. The actors and the storylines are fantastic! We’ll hate when it’s over!

Pretty much can’t wait. Though I can’t say it’s flawless, IT IS one of the top 5 episodic TV shows since the resurgence of premium TV over the last decade or so. And another one whereby the showrunner(s) / main creative forces is someone who cut their teeth on the X-Files (Gordon & Gansa) here. At times the acting & writing is astounding; also the level of the show mirroring life and /or vice versa. The depth and breadth and honesty… And Clare Danes, repeat 7 times. I won’t waste my time and energy regarding the flaws. Overall a solid… Read more »

Hi,
I really love ❤️ this show, it’s really one the greatest shows out there today. The Actors are so amazing. I just can’t. get enough of Homeland.. Please renew Homeland It’s too good to end.

Hold on to your seats! Carrie & Saul are back. Can’t wait for season eight

My favorite show of all time. Of course I’ll be watching!

This has been the ONLY series I have ever liked on Showtime besides Lost. I’m sad to see it end & have enjoyed it immensely. It has been a rollercoaster ride waiting for this final season premier. It should be in Janurary instead of Feb! Been too long, so hoping I catch it! You should be concerned about viewers since you took too long with this!

Im rather pissed it took you two years to do a final season. You lost a lot of viewers. I understand you worked on schedules but you knew season 8 was coming and you sat on your ass a whole year then tried to work out locations and schedules. Thank god its the last season because you lost me as a viewer on showtime. Im dumping this premium channel specifically because this

Homeland has been an extremely well written and acted series, so we will be sorry to see it go. It is going to be very interesting to see how they end the story, so we eagerly anticipate watching it, particularly since they’ve kept us in suspense so long. Let’s hope it won’t be a let down like Game of Thrones!