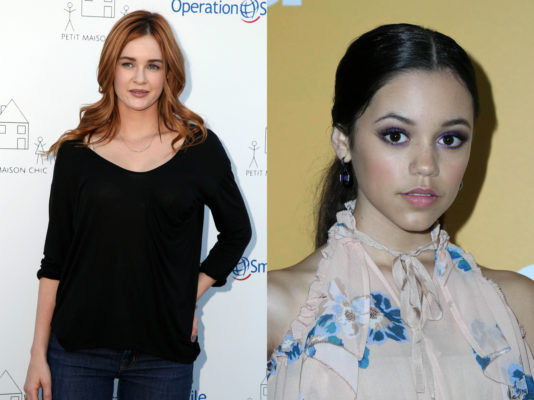 You has some new and familiar faces. Deadline reports Ambyr Childers (pictured, left) has been promoted to series regular for season two of the Netflix TV show.

Childers plays Candace on the psychological thriller, which centers on Joe (Penn Badgley), a bookstore manager who becomes violently obsessed with an aspiring writer.

In addition to Childers, TVLine reports newcomers Jenna Ortega (pictured, right) and James Scully have joined season two of You. Ortega will play “Ellie, a teenager who ‘grew up fast in the big city’ and Scully will play Forty Quinn, the brother of Joe’s new love interest.

Netflix has not yet announced a premiere date for season two of You, but it is expected to debut this year.

What do you think? Have you seen You? Will you watch the new season?