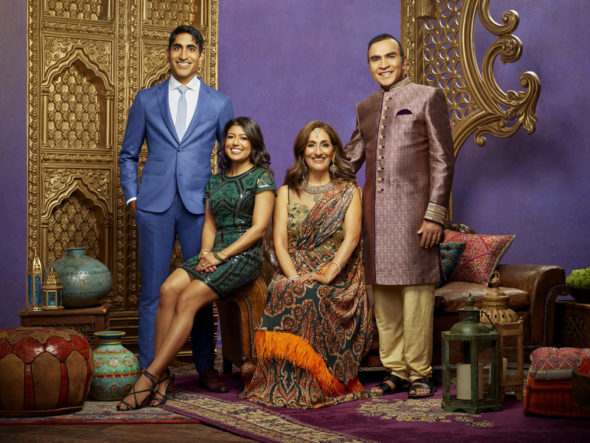 Family Karma is coming soon to Bravo. The series features an all Indian cast, and viewers will see the lives of seven friends unfold on the episodes that air during its season. The series is set to premiere in March.

Bravo revealed more about the series and its cast in a press release. Check that out below.

While their parents and grandparents instill cherished customs, these adult children are drifting more towards the “American Way,” and the two worlds collide in the most unexpected ways. These friends are determined to live life to the fullest and navigate the pressures of adulthood, while maintaining their deep-rooted connection to the Indian culture.

Anisha recently moved back in with her parents after spending over 10 years in the cutthroat fashion industry. While she is focused on carrying on her family legacy of entrepreneurship, her parents continue to focus on her single status in hopes of her settling down.

After coming out in his 20s to the surprise of his family, Amrit is back home after a stint of living in Chicago with his boyfriend. As he works to grow his Chicago law firm’s business in Miami, his family hopes that they can influence him to take the traditional next steps in his long-distance relationship.

Brian is a playboy whose parents have always wanted him to settle down with a nice Indian girl. When he starts seeing his best friend, and wing woman, Monica in a whole new light, he worries that his window has passed and he’s been friend-zoned.

Having weathered two divorces, glamorous single mom Bali straddles the line of hanging out with her friends in their 20s and 30s, while maintaining relationships with their mothers. Now in a serious relationship with her long-distance boyfriend O’Malley, she is hoping that the third time’s a charm.

After spending most of her life trying to be the “perfect Indian girl” to make up for the stigma of her parent’s divorce, Monica is ready to start sticking up for herself, much to Brian and her friends’ surprise.

Self-admitted “man-child” Vishal has been engaged to his fiancé for three years, but is living at home until they finally get married. Ready to make their engagement official in the eyes of Indian culture, he needs the approval of his intimidating soon-to-be mother in law to plan the traditional ring ceremony as the next step on their way to marriage.

Shaan, the youngest and super ambitious member of the group has already started his own business and moved in with his girlfriend. Will Shaan surprise everybody and be the first in the group to get married and start a family?

Check out a sneak peek for the new series below.

What do you think? Will you check out Family Karma on Bravo?

Hell Ya ! Who is going to miss Desi Drama !