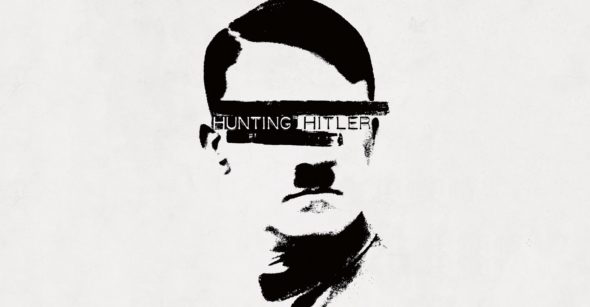 How will Hunting Hitler end? This week, History announced the third and final season will debut on January 2nd.

The docuseries follows CIA veteran Bob Baer as he “looks to solve the final piece of the puzzle and determine the true fate of the most reprehensible mass murderer of the 20th century, Adolf Hitler, once and for all.”

The third and last season of Hunting Hitler begins on History on January 2nd at 10 p.m. ET/PT.

NEW YORK, NY – December 11, 2017 – Three years into the investigation of one of the greatest cold cases in history, 21-year CIA veteran, Bob Baer, looks to solve the final piece of the puzzle and determine the true fate of the most reprehensible mass murderer of the 20th century, Adolf Hitler, once and for all. The eight episode, third and final season of HISTORY’s nonfiction series, “Hunting Hitler” premieres on Tuesday, January 2 at 10PM ET/PT. A recap special of the series is set to air on Tuesday, December 26 at 10PM ET/PT.

In season three, Baer recruits a new asset to help him with his investigation, Nada Bakos, former Terrorist Targeting Officer, and one of the world’s foremost experts on terrorist networks. Bakos was on the team responsible for tracking and dismantling al-Qaeda and gathering the intelligence that lead to the capture of Abu Musab al-Zarqawi (The Godfather of ISIS), and the biggest prize of all, Osama bin Laden. Together, Baer and Bakos deploy a team in the field that includes U.S. Army Special Forces Sgt. Tim Kennedy; Veteran investigative journalist, Gerrard Williams; U.S Army Green Beret, Mike Simpson; former Chief Inspector and Commander of the U.S. Marshall Fugitive Task Force, Lenny DePaul and World War II historian, James Holland. These operatives will employ local experts and historians armed with the most cutting edge technology, to examine this massive network and take a closer look at how Hitler could have escaped justice.

To zero in on Hitler’s definitive escape route, Baer implements the man-hunting strategy that intelligence agencies across the globe use to find and capture high value targets, “asset mapping.” The team will investigate Hitler’s network of top associates, analyzing the roles they played in his potential escape. Enacting the Asset Mapping strategy, the team uncovers two Nazi escape routes out of Germany. Will this new information help them solve the answers to their questions to be able to close the book on this cold case?

Across all platforms, season two of “Hunting Hitler” averaged nearly 3.0 million viewers per episode. It’s currently a top 5 nonfiction series on HISTORY in all key demos this year in Live+7 (A25-54, A18-49, M25-54, M18-49) and averaged 2.2 million total viewers last season in Live+7 delivery. Additionally, the series reached over 15 million total viewers in linear Live+7 last season, according to Nielsen Media Research.

What do you think? Have you seen Hunting Hitler? Will you watch the final season?

We found the show very interesting . I am glad that I was not the only with the thought of Hitler escaping from his bunker .
However I am very disappointed that the History channel has cancelled the next series or were the team getting to close ? And the History channel were leaned upon by a higher level .
I say bring it back please the truth is out there and it needs to be discovered and told .

The show is laughable and given that many “witnesses” have complained about how the production company portrayed them in the show I think history channel was feeling the heat and decided to cancel the show. There is no Evidence in the show, and much of what they say can be proven wrong with primary evidence. It is filled with melodramatic sequences setup by the crew with no attempt at the truth only what they want you to believe. You could write a book about the lies and unfounded speculations they put forward as truth, or maybe make a documentary series… Read more »

Really interesting
Although the investigation crew could have spoken to many normal people in South America that would have told them the place was full of Germans. That is was no secret. I ask why nothing was looked into earlier. Great viewing, season 4 with proof of Hitler living and dying in any of the countries would be an ending to remember.

I am a retired Police Sgt. with 26 years on the job. I am very impressed with the way the investigation went. A very professional job. I am amazed at the amount of information that is still available on the Germans that escaped and how they did it. The ground penetrating sonar was amazing at finding the tunnel to the airport. I was not aware of the lengths the Germans went to in South America to build an atomic bomb and their intention to attack America from South America after the war. The History Channel really dropped the ball when… Read more »

I am so disappointed that it was canceled. I truly believe he escaped. So many of them lived to be old men and woman in the beds in south America! I wish they would keep going!!!

We kind of did not want to watch Hunting Hitler which came on after Curse of Oak Island which we love, but that being said we decided to give it a try. We enjoyed it so much that we binge watched through the first 2 seasons and to the point in season 3 where new episodes were coming on. The history revealed in this show is amazing and interesting so much so I might watch the entire series over again. Please fix whatever is going on so we can continue to watch. We are on Hitler’s Last Will and keep… Read more »

They cancelled the series which really sucks and it was probably getting to close to the truth and History didn’t like it!