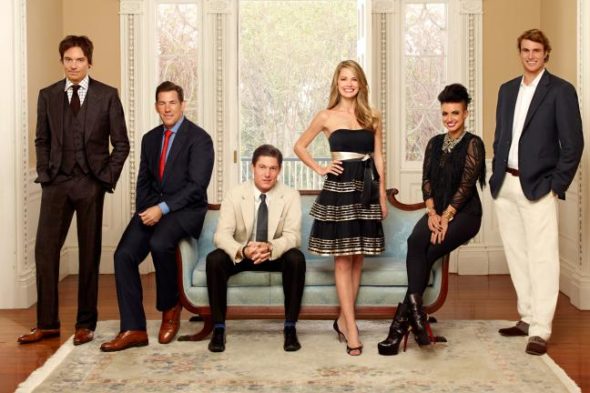 Bravo is chock full of new seasons next month. This week, the network announced the premiere dates for new seasons of Imposters, Southern Charm, Real Housewives of New York City, and more.

“Your Husband Is Cheating On Us”

The docuseries follows mega-producer JD Lawrence and his top-tier theater company through all the five-star action and juicy drama that comes with launching a new stage production. The series moves to Friday nights beginning April 13 at 8pm ET/PT.

“The Real Housewives of Potomac” Season 3

The shade and drama in Maryland never end – betrayal, family ultimatums, accusations, and open marriages are taking over the rumor mill of Potomac, and everyone is talking.

The series returns for an epic 10th anniversary season of humor, healing and heartbreaks. The ladies are redefining their lives while building new friendships and frenemies.

This season relationships old and new are tested as the women are turning Charleston on its head. Is this group strong enough to weather the ever-changing dynamics, or will they crumble under the pressure?

The adventure continues in season two, with Maddie determined to reclaim her life after she and the Bumblers escape her former cohort Max and FBI Agent Patrick. Just as Ezra, Richard and Jules have begun to master the art of the con, unforeseen events send them off on a wild, unexpected adventure. With the stakes higher than ever, Maddie and the Bumblers must stay one step ahead in order to maintain their freedom.

In this new series, “Million Dollar Listing New York’s” Ryan Serhant answers the call of struggling salespeople across multiple industries who are on the brink of losing their jobs and are desperate for his expertise.

The newest home of the “Southern Charm” franchise will follow an elite circle of friends who were born into prominent families and live a New Orleans’ lifestyle of exclusive parties where you know everyone and everyone knows you. Underneath the life of luxury brews a multitude of shocking secrets that could rock the foundation of long-standing friendships.

“Sell It Like Serhant” is produced by World of Wonder with Fenton Bailey, Randy Barbato, Tom Campbell and Danielle King serving as Executive Producers along with Ryan Serhant and Rob Bola as Co-Executive Producers.

What do you think? Do you watch Bravo? Which shows will you watch in April?