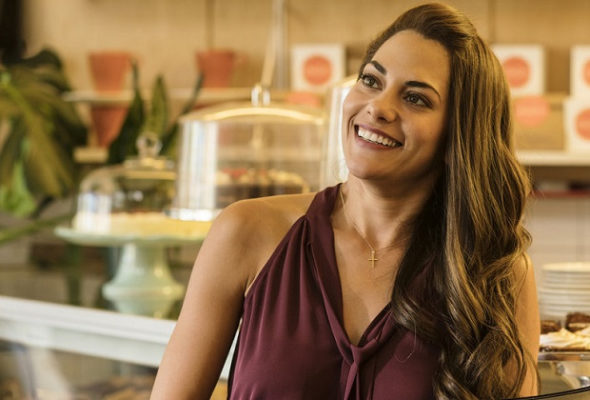 Are you disappointed that Imposters has been cancelled? Recently, co-creator Paul Adelstein addressed Bravo’s decision to end the TV show.

On Twitter, Adelstein reacted to news of Imposters‘ cancellation, thanking fans for their support of the Bravo TV show:

Thank you for being such a passionate, engaged, and wonderful audience. Imposters has been a labor of love for us and we are gratified that it found the audience it did…

While next weeks’ finale wasn’t intended as a series finale, it will certainly function to keep Maddie, Ezra, Jules, Richard, Max, Patrick, Sally, and Sofia rolling around in your imaginations for quite a while. I mean, is Maddie going to… and will Ezra really start to…

well, now you’ll have to decide for yourselves. And of course, we want to hear what you think.
While this is massively disappointing, thank you again for tuning in.
See you in the game,
Paul and Adam

What do you think? Have you seen Imposters? Do you think it should’ve been renewed?

My husband and I just watched Imposters by binge watching it for two nites in a row. Accidentally discovered the show scrolling through Netflix. Wonder why Bravo didn’t consider continuing with this especially well done show? My husband, who would normally fall asleep, through episodic shows, stayed up till 3 a.m. and was glued to show. Very well written, edgy and filled with twists and turns that really made for great intrigue. Acting outstanding as was the cinematography. Just wondering????

This was a great show and I’m surprised another network or streaming service didn’t pick it up for season 3. TV shows are a numbers game. If there are not enough viewers or chatter on social media then the chances of a show succeeding aren’t very good.

The show is fantastic. Please bring it back. I stumbled upon it on Netflix and I am telling everyone I know to watch it. Bring it back. It’s awesome.

I just binged on the whole 2 seasons on Netflix. Please, somebody pick this up and continue!!! It’s too good to quit now! This is a well-written roller coaster ride. I want another ride.

I completely agree. Someone pick it up, it’s awesome.

Such a great show! Love it! Please, please, please let another network pick this show up. The fans need more. The characters and storyline are amazing. Kinda feel left hanging at the end of season 2. Does Maddie do jail time? Where did Sally go? Is Ezra the “new doctor”? Do the bumblers meet up after their time apart? Definitely need to see/know more of the story. So many unanswered questions.

I am SO ticked off that this show has been canceled. It was so well done. I LOVED this show. I loved the intrigue, the story line, the relationships that developed between each of the characters, the humor, the acting, absolutely EVERYTHING about the show. I hope some other network picks up this show as it deserves it. Bravo only seems interested in senseless reality show programs instead of an extremely well written drama with comedy throughout.

Imposters is my favorite show so I am, of course, very disappointed that this Thursday’s episode will be the final episode on Bravo, which has cancelled the series. I truly hope the Producers do everything that they possibly can to try to get a different network to pick up Season 3 of Imposters. The show has an excellent cast who have remarkable chemistry. The premise of the show is different from any other show, and the writing is clever and witty and at times surprisingly light for such a serious show. On a universal level, viewers who pay close attention… Read more »

From the fall season I am now going to wait until a show’s season is complete and record all episodes and wait for confirmation of an renewal before wasting time watching something that has a start, middle but never an end. Show producers should all change the way that they create a show and make a closure episode at the end of every season just in case of cancellation. That way, the paying (let’s not forget that we are purchasers) get something with an end to round things off with. If a show does get a renewal then the episode… Read more »

Please don’t cancel. Hope another network picks this up.

I always looked forward to the next scam and the dynamics between the characters.

Season 1 was good and caught a lot of viewers but season 2 was not so good. The only reason I kept watching season 2 was to see Inbar Lavi. She is an amazing actress and puts her head & heart into every role.

No no no! Great show wonderful actors
Keep it on don’t cancel
NETFLIX: take it please,

I hope Netflix picks it up

I think so too, just sent in my request to Netflix. https://help.netflix.com/en/titlerequest