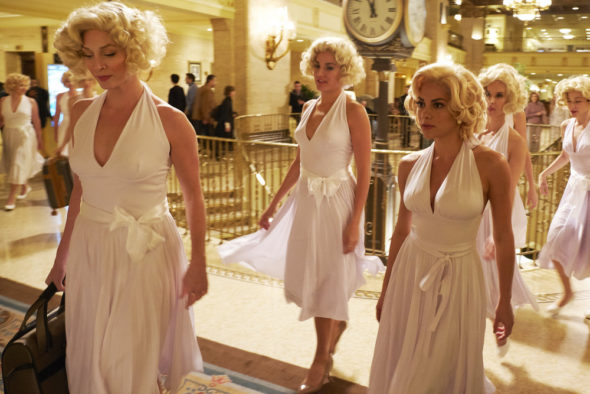 The charade is over. Bravo has cancelled its Imposters TV show after two seasons. Word is that the NBCUniversal-owned cable network is changing up the way it handles scripted programming. Since there will be no season three of Imposters, the season two finale on June 7th, episode 2.10, “See You Soon, Macaroon,” will now served as the Imposters TV series finale.

Imposters: A Look at the Ratings

The second season of Imposters is averaging a 0.12 rating in the 18-49 demographic and 419,000 viewers. Compared to season one, that’s down by 50% and 43%, respectively. Learn how Imposters stacks up against other Bravo TV shows.

Imposters Cancelled After Two Seasons as Bravo Shakes Things Up

Here’s more on the Imposters cancellation from The Hollywood Reporter:

Sources say Imposters had a strong run on Netflix and Bravo had hoped that the Universal Cable Productions drama would receive a ratings bump following its SVOD run given that the cable network is not best known for its scripted series. That was not the case as season two, which returned a year later with not a lot of marketing muscle behind it, lost a chunk of its live viewership.

Sources say UCP may try to shop the series elsewhere with Netflix a possibility given that the series is said to have performed better on the streaming giant than on its original home at Bravo. The series has been a profit generator at UCP thanks to the Netflix deal and strong international sales.

In a larger sense, the decision to cancel Imposters marks a change in the Bravo’s scripted direction. The cable network’s first scripted original — Girlfriends’ Guide to Divorce, starring Adelstein— will end with its fifth season, bowing June 14. Once that wraps, Bravo’s lone scripted drama will be big-swing anthology Dirty John, starring Connie Britton and Eric Bana. The anthology was picked up following a bidding war, with Bravo handing out a two-season order for the drama and supporting the series with companion docuseries on corporate sibling Oxygen. The move marks a shift in Bravo’s scripted direction to bigger and bolder programming that can cut through a cluttered landscape expected to top 500 scripted originals this year. 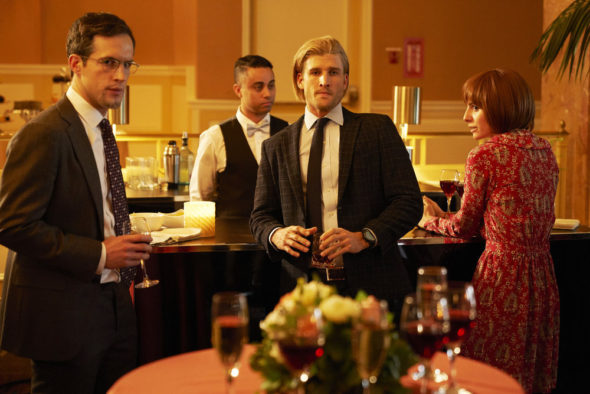 What do you think? Have you been watching the second season of the Imposters TV show? If it were up to you, would Bravo have cancelled or renewed this TV series for a third season?

I love this show please please someone pick it up!!!

I really liked this show. When I finished the last show of season 2, I re-watched season one and two again. I have never done that. I love the plot and the characters. Would love to see season 3.

Please give us season 3! I never like anything and scrounge for good material – this is it.

Please don’t cancel this show. Characters are grest, story line great. So much better than anything on network tv.