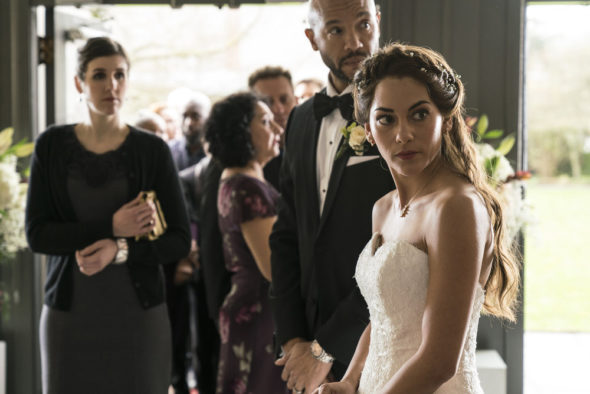 Imposters has cast two recurring roles for season two. Sam Gilroy, from Billions, and Anne-Marie Johnson, from Melrose Place, will appear on the upcoming season.

The Hollywood Reporter revealed more about both roles on the Bravo series:

“Johnson will play Gail, a psychologist/therapist at a luxury wellness retreat. Gilroy will portray Michael, a sweet, well-intentioned man who also works at the retreat.”

Will you check out season two of Imposters? Tell us what you think.

Love this show. Excited for season 2.

I love the show and am just waiting for the premier of season 2!

I absolutely loved season 1 and can’t wait til season 2 begins! I’m so happy they were renewed!

Imposters is an addictive series …. I’ve told everyone about Imposters in my friend circle … how many shows will be included in this season?