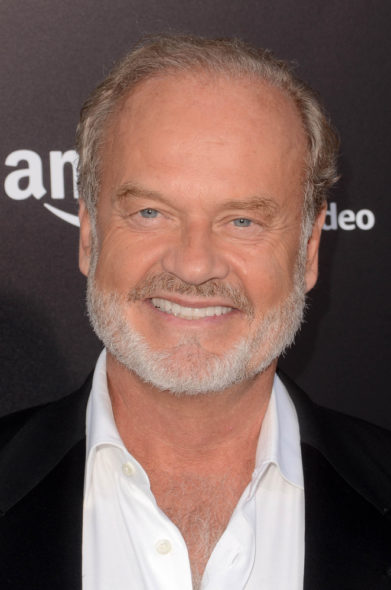 FOX has announced Kelsey Grammer is joining the Proven Innocent TV show. The legal drama is set to premiere midway through the 2018-19 television season. Grammer is taking on the role of Gore Bellows. He replaces Brian d’Arcy James, although according the actor’s iMDB page, in the pilot, the character was named Cole Bellows.

From Danny Strong and David Elliot, Proven Innocent also stars Rachelle Lefevre, Vincent Kartheiser, Russell Hornsby, Brian d’Arcy James, and Nikki M. James. To date, we’ve had no confirmation Grammer has figured out what to do with those tossed salads and scrambled eggs. Learn more from this FOX press release.

Emmy, Golden Globe and Screen Actors Guild Award-winning actor Kelsey Grammer (“Cheers, “Frasier,” “Boss”) has joined the cast of FOX’s upcoming drama, PROVEN INNOCENT. Grammer will play GORE BELLOWS, a hard-as-nails and tough-on-crime state’s attorney, who goes up against an underdog legal team committed to reopening investigations to exonerate the innocent who were “proven” guilty. The series is scheduled to premiere midseason.

“The subject matter is very timely and worth exploring; I am excited to be a part of that,” said Grammer.

Emmy and Golden Globe Award winner and EMPIRE co-creator Danny Strong partners with David Elliot (“Four Brothers”) to tell the emotional story of one woman’s fight for the innocence of others, as well as her own. PROVEN INNOCENT follows a criminal defense firm led by MADELINE SCOTT (Rachelle Lefevre, “Under the Dome,” “A Gifted Man”), a fierce and uncompromising lawyer with a hunger for justice. There is no one who understands the power of setting an innocent person free more than Madeline. At age 18, she was wrongfully convicted, along with her brother, LEVI SCOTT (Riley Smith, “Frequency”), in a sensational murder case that made her an infamous media obsession, a household name and a national cause célèbre.

Madeline runs the firm with her partner, EASY BOUDREAU (Russell Hornsby, “Seven Seconds,” “Grimm”), the very lawyer who helped set her free after ten years in prison. Their team also includes investigator BODIE QUICK (Vincent Kartheiser, “Mad Men”) and communications director VIOLET BELL (Tony Award winner Nikki M. James, “The Good Wife,” “The Book of Mormon”), who runs a true-crime podcast that follows each investigation. While a hero and a victim to some, Madeline’s bold and bullish tactics earn her a number of enemies – especially Gore Bellows (Grammer), the prosecutor who initially put her away and still believes in her guilt. Despite Bellows’ ceaseless quest to see her behind bars again, Madeline will continue to defend others, even as she fights to maintain her innocence and searches for the real killer in her own case.

Kelsey Grammer is known for his two-decade-long portrayal of psychiatrist “Dr. Frasier Crane” on the sitcoms “Cheers,” “Wings” and “Frasier.” He has won six Primetime Emmy Awards, three Golden Globe Awards and a SAG Award, and has received an unparalleled 18 Emmy nominations, eight Golden Globe nominations, 16 SAG nominations and a Tony nomination. He has excelled at the highest level in theatre, television and film as an actor, producer and voice actor, most recently in Guillermo del Toro’s animated series, “Trollhunters,” for which he won his sixth Emmy Award.  Grammer is represented by UTA and Link Entertainment.

From 20th Century Fox Television and Danny Strong Productions, PROVEN INNOCENT is executive-produced by Strong, David Elliot and Stacy Greenberg. Elliot wrote the “pilot” episode, which was directed by Patricia Riggen (“The 33,” “Jack Ryan”). “Like” PROVENT INNOCENT on Facebook at facebook.com/InnocentOnFOX. Follow the series on Twitter @InnocentOnFOX and join the discussion using #ProvenInnocent. See photos and videos on Instagram by following @InnocentOnFOX.

What do you think? Are you a Kelsey Grammer fan? How do you like the sound of the Proven Innocent TV series? Do you plan to check it out on FOX?

Yes, sounds like an interesting show. Will be watching. Love Kelsey Grammer.