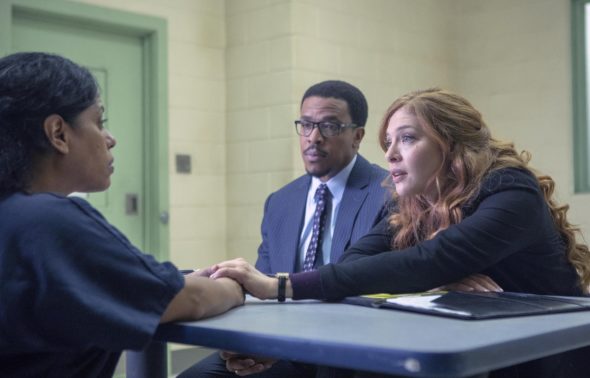 Hornsby isn’t the only veteran of Grimm to land a new series. Cast mate David Giuntoli stars in A Million Little Things, which just got the green light from ABC.

· Logline: A legal drama set in an wrongful conviction firm. Led by a fierce and fearless female lawyer with a hunger for justice, the team reopens investigations, putting their own lives in danger to exonerate the innocent that were ‘proven’ guilty. Our lead’s motivation comes from her infamous past; as a young adult she was found guilty and later exonerated in a high-profile case in which she became a tabloid sensation, household name and national celebrity. While a hero and a victim to some, her bold and bullish tactics garner her some enemies – one of whom will do anything to see her go down for a crime we know she did not commit. We will watch her defend others as she fights to maintain her own innocence.

[Courtesy of The Futon Critic]

FOX has been very busy this week. The network cancelled Brooklyn Nine-Nine, The Last Man on Earth, and The Mick. On the plus side, they also ordered The Cool Kids to series.

What do you think? How do you like the premise and cast of the Proven Innocent TV series? Do you think you’ll check it out, when it debuts on FOX? Let us know, below.

Looks interesting and the presence of Rachelle Lefevre makes it even more appealing.

I watched this show when it was called CONVICTION. Seriously, the lead character is the exact same as Hayley Atwell on Conviction. I like Grimm’s Russell Hornsby, but the glasses don’t make him look smarter, they look a silly prop. Most people wear contact lenses.