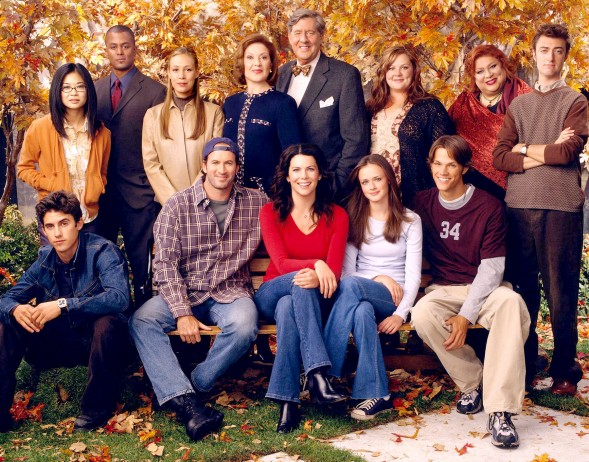 Set in the small and quirky Connecticut town of Stars Hollow, the relationship drama is known for its trademark wit, quick repartee, and pop-culture references.

I love this new Gilmore girls spinoff show because I’m a fan of Lorelai and Rory. I would rather want Rory to end up with dean or jess because they used to be her boyfriend. But dean was the one who treated her right. But the thing is jess knows rory very well they both have some things in common. I think yhey would n.v e a great couple At season 6 when rory was living with her grandparents jess knock some sense into rory when he found out that she dropped out of yale and Jesse yelled at her.… Read more »

Love the reruns on UP TV everyday!!! Please don’t change this UPTV!!!! Not sure about the revival… didn’t have the rhythm of the original series. Silly things like Rori sleeping with a Wookie, the forgotten boyfriend, etc. Love the way Emily evolves after Richard’s death and finds happiness being part of a family and sees how silly all the pretentious clubs are she built her life around. Really wanted to see more of Dean! Love him and Rori on the show until she gets caught up in high society and dumps him after breaking up his marriage. Hated how Jess… Read more »

I love this show its so good and I think Logan should marry Rory I’m sure the baby would be logans and I LOVE this show I died when it ended I NEED more!!❤

Watching this show on Netflix. I loved it the first time through, and now again. I am still waiting for a movie or the show to come back. Maybe Netflix can bring it back like Arrested Development.

They need a Gilmore Reunion or a 2hr movie to wrap it up. We were left hanging an a lot of of great TV Shows! Its sad to see what’s on TV now! I love Bunheads -so different and great potential. Thank you

Fortunately I worked all my life. Now I’m 44yrs. I lost my job Mar2010. Due to car accid I now have to claim disablilty. So all these years I missed out on: Gilmore Girls, Charmed, Veronica Mars, One Tree Hill, 7th Heaven (still shows on weekend “somewhere in the 300 channels”, Dawson Creek, etc and Gossip Girl and many more TV Shows (not reality crap!) I agree that they don’t give a notice..it just ends! And some don’t eveb replay the shows after the “new show is aired”. If we are so lucky to see Gilmore Girls (awesome show with… Read more »

[…] Family has ordered Bunheads, a new TV series from Amy Sherman-Palladino, the creator of Gilmore Girls, and starring Sutton […]

People need to realize that The CW in 2007 loved canceling shows after the season Finale’s were filmed and ready to air.

Like Gilmore Girls, Veronica Mars and 7th Heaven(the first Finale), The CW gave no notice to the writer’s of the shows that the shows were not coming back.

Now, Gilmore Girls people did luckily hear that it was cancelled before the finale premiered, so they were able to go back and edit the finale so that it was somewhat open-ended, but still wasn’t a real finale.

I think that the Gilmore Girls series needs an ending that can leave the audience happy, why just end it without letting the veiwers know what happens???? I think that Luke and Lorelai need to Finally get married, possibly Lorelai involving Emily to show that she really does want her mums opinion, and what about Rory??? Does she really want to be with Logan after all? or will she marry Jess? Whether this be in the fom of a movie, or just one last season, either way, it is in desperate need of an ending that suits.

I think that Rory will run into Jess and get together with him. And maybe even marry him.
Lorelei will marry and have a baby with Luke.
And different things like that.
PLEASE PLEASE PLEASE COME BACK GILMORE GIRLS MOVIE OR SOMETHING.

i hope that they come back for a short season. i would like to know if luke and loralie Finally get together. and to see if Rory and logan ever do get back together

A reunion movie would be wonderful.
Please let us know how Rory is doing.
Let’s see Lorelei finally marry Luke.