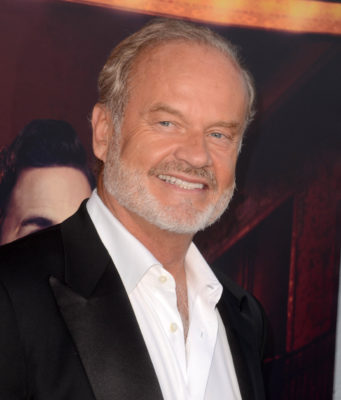 Kelsey Grammer is returning to FOX in 2019. The actor has had a recurring role on The Simpsons as Sideshow Bob since 1990 and also co-starred in the Back to You sitcom in 2007 (with Patricia Heaton). This time around, Grammer will be acting in a legal drama called Proven Innocent.

The network has announced that Proven Innocent will launch on Friday, February 15, 2019 at 9:00 PM. Here’s some additional information, from FOX’s press release:

New legal drama PROVEN INNOCENT will premiere Friday, Feb. 15 (9:00-10:00 PM ET/PT). Emmy and Golden Globe Award winner and EMPIRE co-creator Danny Strong partners with David Elliot (“Four Brothers”) to tell the emotional story of one woman’s fight for the innocence of others, as well as her own.

PROVEN INNOCENT follows an underdog criminal defense firm led by a fierce and uncompromising lawyer, who was wrongfully convicted in a sensational murder case that made her an infamous media obsession, a household name and a national cause célèbre.

What do you think? Do you plan on checking out the new Proven Innocent series in 2019?

We were really enjoying “Proven Innocent” – that is, until you had Madeline and her lover from prison showing physical intimacy on TV. Why can’t you just let it be a crime drama and not bring in lesbian/gay themes. We quit watching after you made it such an issue – it was really a good show until you started showing that. It’s fine to show them as friends – but, please, don’t show them engaging in sex on TV – such a turnoff for a good show….