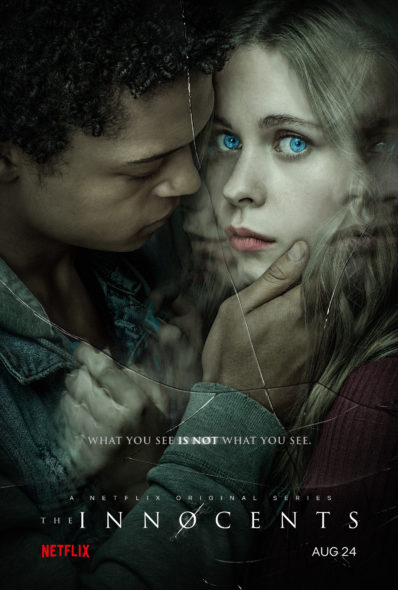 Are you guilty of loving the first season of The Innocents TV show on Netflix? As we all know, the Nielsen ratings typically play a big role in determining whether a TV shows like The Innocents is cancelled or renewed for season two. Netflix and other streaming platforms, however, collect their own data. If you’ve been watching this TV series, we’d love to know how you feel about The Innocents season one episodes. We invite you to rate them for us here.

What do you think? Which season one episodes of The Innocents TV series do you rate as wonderful, terrible, or somewhere between? Should Netflix cancel or renew The Innocents for a second season? Don’t forget to vote, and share your thoughts, below.

My husband and I binge watched The Innocents. We loved the show and were looking forward to watching Season 2. We are VERY disappointed to hear that it’s been cancelled. Unfortunately this happens to some of the best series. It’s very disappointing to see the season finale/cliffhanger, anticipate how the series will continue in the next season and then find out it’s not coming back!! If there’s still a possibility it could come back, please renew The Innocents. I’m sure we’re not the only ones that feel this way.

I love The Innocents I hope there’s a season 2 !

Please renew The Innocents. I just binge watched the entire season one and loved it. It would be awful if we were left hanging like this. I am looking forward to seeing what’s next.