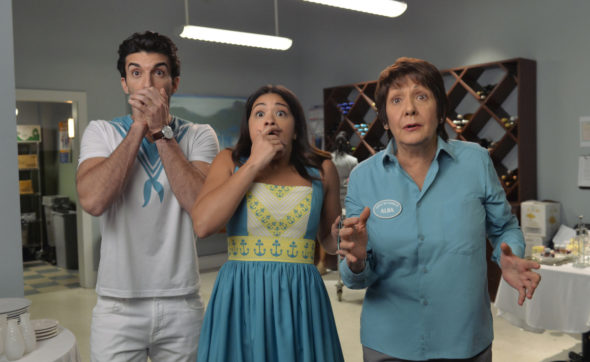 Jane the Virgin just wrapped its fourth season with a shocking twist, so what’s next? Recently, creator Jennie Snyder Urman spoke with Deadline about the upcoming (and possibly final) season of the CW TV show.

Just last month, star Gina Rodriguez hinted that season five might be the last for Jane the Virgin. Speaking to Deadline, Urman said she cannot say if the upcoming season will be the end for the The CW dramedy or not:

No, that’s not confirmed yet. I can’t confirm or deny, that is what I can say. I will say that we’ve planned the ending for a long, long time so we’re stepping towards it. The show’s obviously not going to go on forever, but I can’t confirm that.”

And how will the show end? Urman said Jane the Virgin will close with Jane getting married:

Telenovelas structurally end with weddings so ours will as well. Whether it’s in the last episode or close thereabouts, that I can’t quite reveal, but Jane will get married again.”

What do you think? Are you a fan of Jane the Virgin? How do you want the series to end?