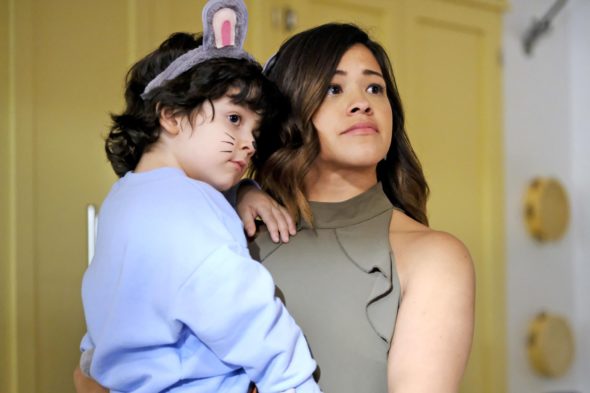 At a recent SXSW panel, Rodriguez suggested next year would be Jane the Virgin‘s “final season.” The CW has yet to renew the show for a fifth season, so it’s unclear how definitive Rodriguez’s comment is.

Odds are, The CW will renew Jane the Virgin for a fifth season (final or not). The series has been a critical hit for the network and even though ratings have fallen, the show is still popular with its fans. So far, season four is averaging a .25 rating in the 18-49 demo and 650,000 viewers.

What do you think? Do you watch Jane the Virgin? How many more seasons do you want?

I cant imagine a friday without jane the Virgin. Please dont take it away.

I look forward to Friday nights so see Jane the Virgin. What a great show..I love it. Please continue with more seasons. Thank you