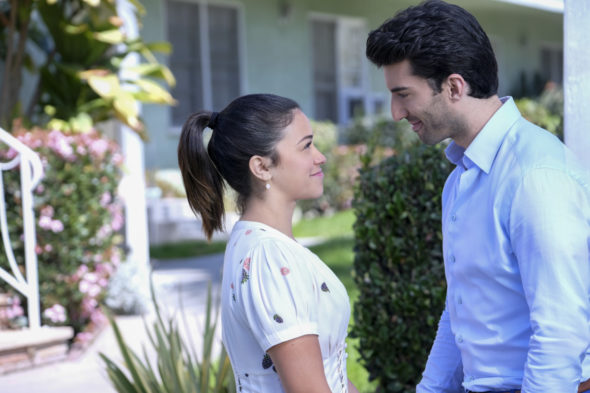 Will the world of Jane the Virgin continue? Deadline reports The CW is open to another spin-off TV show.

Previously, The CW announced they were developing a Jane the Virgin spin-off titled Jane the Novela. The show would be an anthology series where each season is based on a different novel by Jane Villanueva. Recently, the network decided to pass on the project.

However, fans of Jane the Virgin may be in luck. The CW boss Mark Pedowitz recently revealed the network is open to another spin-off:

We are big fans of Jennie Urman and Gina and we had great appreciation of what they did. In this particular situation, this spin-off didn’t quite get to where we wanted to get to. We have reached out to Jennie and if she wishes we are very interested in pursuing a potential another spinoff for Jennie. It’s in her court.”

What do you think? Are you a fan of Jane the Virgin? Which kind of spin-off would you like to see?

Spin off would be great. Wonderful actors! Binge watched this.

Please Return!! I love this show Its my favorite!!

I have just found this show a couple of weeks ago on Netflix; needless to say I have binged watched it to catch to the current shows on the CW. I would love to see this show come back to see how the kids grow up, what happens to Alba y Jorge, see if Rogelio’s novela is a hit in the American market, Darcy and Sebastian’s wedding, and so much more. A tons of unanswered questions. Please return!!

This is a hope, but I dont think we should expect much. It doesn’t sound convincing