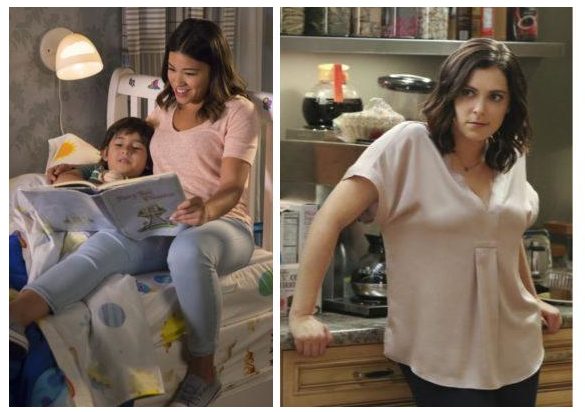 Will Jane the Virgin be cancelled or renewed for season five? Is cancellation or renewal for a fourth season in store for Crazy Ex-Girlfriend. President Mark Pedowitz discussed the outlook for these CW TV shows at the Winter TCA Press Tour, over the weekend.

In its fourth season, the Jane the Virgin TV show, starring Gina Rodriguez in the title role, is currently ranked seventh in terms of its demo numbers and ninth for total viewership, out of The CW TV series we’re tracking. Meanwhile, season three of Rachel Bloom’s Crazy Ex-Girlfriend ranks 10th out of 10 shows, in both measures.

Despite lackluster performance in the Nielsen ratings, Pedowitz isn’t yet willing to to cancel either show, just yet. Deadline reports, “Pedowitz would not comment on their future but ‘I would say it looks pretty bright’.” Pedowitz was a bit more forthcoming on the cancellation or renewal fate of its longest running TV show, Supernatural. Get the details, here.

What do you think? Are you a fan of the Jane the Virgin and Crazy Ex-Girlfriend TV series? Should they be cancelled or renewed for another season on The CW?

Literally the two best shows from The CW in AGES, and to be honest probably the best TV Shows they ever had. I know the superhero/supernatural themed shows do a lot better than those two, but they are not only critically acclaimed, both stared won the Golden Globes in 2014 and 2015, and Gina was nominated three times, Rachel twice. They also tackle on current issues and even though they have it’s delusional moments, they’re two of the most real TV shows on TV right now.