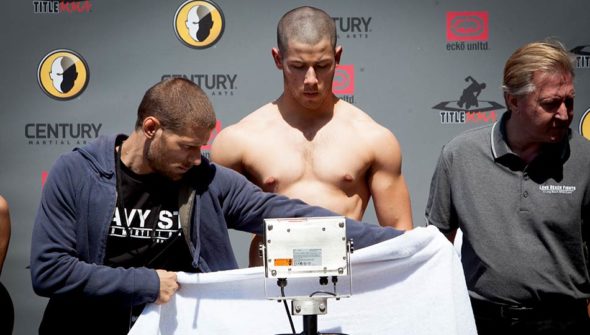 Not a big MMA fan but came across this show during season 3 and had to go back to beginning and binge the entire series in a week. Got hooked in anticipation of 4th season only to hear there would not be another….Damn! Not happy and don’t understand why you end a show with so much interest from fans when there are shows running 5+seasons that are as stale as that open box of cereal that everyone avoids but don’t throw away because it was yummy when it was fresh

Please bring Kingdom back. I just discovered this show and binged watch all of Season 1 in one day. I was one of the best shows on TV. It was sexy and gritty. And it was great acting, specially by Jonathan Tucker. Please reconsider cancelling in for good.

I started watching Kingdom because of the great acter Frank Grillo after seeing the Anarchy movies. I am not a sports fan at all but i loved Kingdom It is a gritty, sexy show with Great acting. Jon Tucker such great acting!. I thought season 1 and 2 were better then 3. Although I liked the acting and gay scenes with Jonas also great acting; I really wish that every show did not have pronounced gay plots. The Gay population is actually very small and I feel show casing these people is almost like ridiculing or using them. I feel… Read more »

We are very saddened that there will not be a season four.It has been our favorite show and loved the depths of the characters and how engaged and part of we became.I hope that season 4 will be reconsidered

I am so sad there is not going to be a Season 4!! I found Kingdom late and just now finished Season 3. It was a satisfying ending but I want more. These actors were amazing…every one…but Jay was my favorite. I will miss them all.

Kingdom is currently one of the best shows on television. Great actors and great story line. I can’t understand why all the good shows get cancelled and leaving dumb shows like Real Housewives of Atlanta, New York and ect on air year after year…? I love this series and I hope some other network pick it up if Audience does not bring it back.

Why is this show being cancelled??? I don’t understand. I think the fans of the show deserve to know why its being taken off the air.

I can’t believe this is the last season. Worst news ever! Love love love this show!

can’t believe this show is ending soon.. this is a great show and I hope you guys can bring it back for season 4, definitely gonna support this show till the end. like everyone said.. this show is too good to end in season 3.

Terrible decision to cancel. This is an amazing show that is superbly written. Great characters and actors. Some other network should give it a chance!

Netflix needs to pick this show up… It’s to good to end in just the 3rd season.

Please reconsider bringing this show back……………….. I never thought I’d find another show that had me looking forward to the next Wednesday…. And to know that it’s being canceled is devastating news…
The acting, cast and story lines are amazing… It deserves to continue on for many more!
Not only am I an adamant MMA fan, this show hit home for me in so many ways…
Never have I watched a TV show! that I can 100 percent relate to… With so many similarities it’s crazy….. Going to miss it dearly.

Sad to see it come to an end. I love the show and look forward to watching it every week. I would like to see a 4th season.

So Sad to hear there’ll be no season 4..
Ending to quick…
Love this show