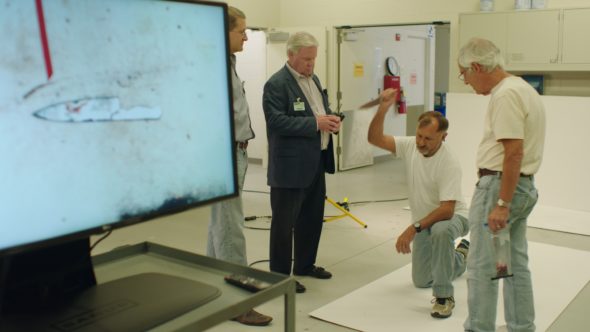 Do the cases hold your interest during the first season of The Last Defense TV show on ABC? As we all know, the Nielsen ratings typically play a big role in determining whether a TV show like The Last Defense is cancelled or renewed for season two. Unfortunately, most of us do not live in Nielsen households. Because many viewers feel frustration when their viewing habits and opinions aren’t considered, we’d like to offer you the chance to rate all of The Last Defense season one episodes here. *Status update below.

An ABC docu-series from Viola Davis and Julius Tennon, The Last Defense investigates flaws in the US justice system. In its first season, the TV series takes a hard look at the death row cases of both Darlie Routier and Julius Jones. It zooms in on their paths to death row, while providing the audience with in-depth coverage of their personal stories. The series delves into those cases which were once considered open-and-shut.

What do you think? Which season one episodes of The Last Defense TV series do you rate as wonderful, terrible, or somewhere between? Should ABC cancel or renew The Last Defense for a second season? Don’t forget to vote, and share your thoughts, below.

*Status update: It’s been more than a year since ABC aired a new episode of The Last Defense so it’s assumed to have been cancelled/ended.

I hope The Last Defense does not get cancelled. Ever think of doing an episode on Kevin Cooper? He has been in the news again lately and he deserves a new trial – at least a fair one!

I’m pretty sure the Federal Courts will throw Darlie Routier’s conviction out because Jurors receive a trial transcript with 33,000 errors and omissions.It’s only a matter of time before she is free.There’s a reason why they never even have set a execution date in 20 years.That’s not normal in the state of Texas.

Darlie and I worked together and she was nothing more than a notch in some prosecutors belt. They took her from Dallas Texas to some small christian town a 100 miles away for the trial, and the media had her convicted before ever set foot in the courtroom. I hope and pray that she will be set free.

Great show, gripping and very informative. I will definitely be watching future shows. I have set to record I don’t want to miss an episode.

I have studied this case from its inception. Glad abc is doing this. Kudos.