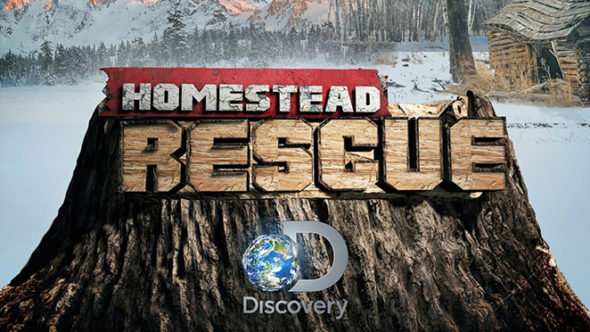 Time to get ready for a new season of Homestead Rescue! The series will return to Discovery with brand new episodes in January, but fans can get a special glimpse of the new season on Thursday, December 26.

Discovery revealed more about the new season in a press release. Check that out below.

“Today more than ever, people around the country are seeking a simpler life off the grid, away from the stress and pressures of urban life. But successfully homesteading is no easy feat and unfortunately, many find themselves – and their homes – in danger and on the brink of destruction. Thankfully, one family has made it their mission to help these homestead hopefuls bring their dreams back to life.

An all-new season of HOMESTEAD RESCUE premieres Thursday, January 2 at 8pm ET/PT on Discovery Channel. Audiences can also catch a special of HOMESTEAD RESCUE on December 26 at 8pm ahead of the January premiere. In addition, viewers can catch up on all things homesteading as part of Discovery’s new OFF THE GRID THURSDAYS featuring the new series, RECLAIMED, at 9pm, and a new season of BUILDING OFF THE GRID at 10pm beginning on January 9.

Traveling to some of the most dangerous and isolated areas of the country, expert craftsman and survivalist Marty Raney, his daughter Misty and son Matt, help families to save their homes and new-found way of life from total demise. Each equipped with a unique set of skills and contribution to quirky family dynamics, the Raneys not only teach homesteading hopefuls the tools they need to survive in the wilderness, but also the many different ways the families can create off-the-grid businesses by utilizing all that their properties have to offer. And this season, they’re upping the ante and doing more than just showing homesteaders how to save their dream…they’re leaving each homestead with a viable way to make money off their resources.

From Missouri to Colorado, Alaska to Hawaii, no homestead is too far gone or dream too far-fetched for the Raneys. Whether it’s helping a single mom realize her dreams for an off-the-grid organic farm in Alaska or rescuing a family homestead insulated with old car tires and recycled materials before Ohio’s notorious storms blow it down, HOMESTEAD RESCUE spotlights the importance of fighting fire with family. The Raneys know better than most that simple living isn’t always easy.

In addition to watching the series on Discovery, viewers can check out new episodes each week by downloading the Discovery GO app. Viewers can join the conversation on social media by using the hashtag #HomesteadRescue and follow Discovery on Facebook, Instagram, and Twitter for the latest updates.

Check out a trailer for the new season of Homestead Rescue below.

I love this show and would love to get their help. How do I throw my hat in the ring