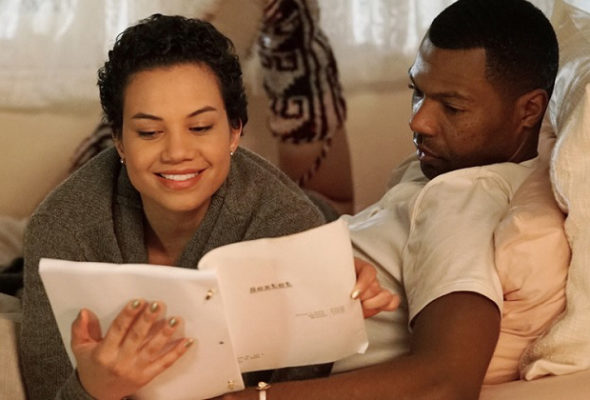 It looks like OWN has fallen out of love. Deadline reports the network has cancelled Love Is ___ after only one season.

According to Deadline, OWN has cancelled Love Is ___ amid allegations of domestic violence against executive producer Salim Akil. The series’ first season earned fair ratings for a cable drama, averaging a .26 in the 18-49 demo and 903,000 viewers.

OWN has decided not to move forward with the second season of Love Is _ . The TV memoir was inspired by the real-life love story of married producers Mara Brock Akil and Salim Akil.”

What do you think? Have you seen Love Is ___? Would you have watched a second season?

My husband and I Love this show. We would most definitely watch a second season and a third and a fourth. Etc.

Bring it back! One of the best shows out!

Loved this show! Wow OWN. Cancelling the series should not have been an option.

I miss this show….. this was really a show I was looking forward to many of seasons to come. Really wish there was a different outcome.

I’ve been waiting and waiting for it’s return my daughter and I fell in LOVE with this show after the 1st episode!! Please bring it back

This show was great. It was a beautiful love story. I don’t understand why it was cancelled. Domestic violence it bad. Maybe someone else can pick up were they left off. This show had a great vibe.

We were told first that there was going to be a season 2 and I was definitely waiting on it because it was a great love story about a couple getting through tough times and working things out even though they were different in many ways. It is reality its how many people work through things and I loved it . Would love to see season 2 the world is full of situations and we’d rather see real life.

I would of liked to see a 2nd season of Love is….

I am so disappointed and sorry Love Is was canceled. Is there anyway the show will return in spite of the alleged domestic abuse..???.

Omg why is this canceled I was looking forward to this coming back on uuuugh!

I am beyond heart broken to learn that Love Is has been cancelled. I was eagerly waiting for it, as it was the best show I’ve seen in a long time. I can’t believe it won’t continue, and I hate hearing of the allegations which likely led to its cancellation. It had the perfect vibe for me and I enjoyed the music, the genuineness and soulfulness of the characters. This is the worst news I’ve heard TV wise in a long time. First Mary Jane, and now this. Looking forward, nonetheless, to the next great thing on OWN. I may… Read more »

Oh No!!! Don’t cancel it the show was more about real life happenings, it plays on feelings of real lives the show had me glued people was just getting into the series Love is…. will be truly missed